In A First, Nepal's Restaurant Uses Robots As Waiters 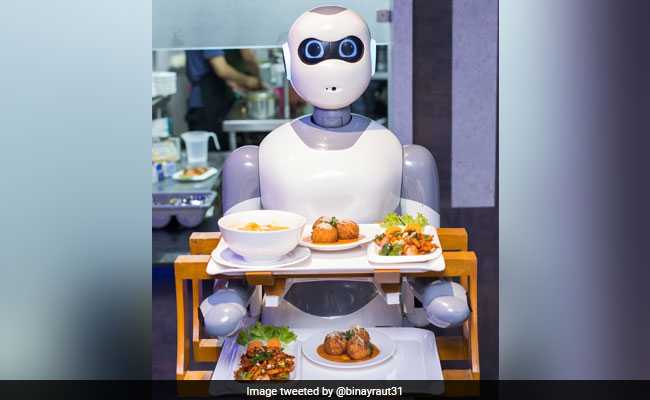 This is the first time that a restaurant has used "Made in Nepal" robots as servers.

A newly-launched restaurant in the Nepalese capital is using robots as waiters under the slogan, "where food meets technology".

"Naulo is the first digitalized robotic restaurant not just in Nepal, but also in South Asia. We believe that our robot is one of the most advanced service robots in the world which is user friendly and very easy to operate," Binay Raut, CEO of Paaila Technology and Naulo Restaurant, told Xinhua.

The restaurant has a menu implanted in digital screens on tables from where orders can be placed directly to the kitchen. After the dishes are ready, the robots collect them from the kitchen counter and serve the customers.

This is the first time in the Himalayan country that a restaurant has used "Made in Nepal" robots as servers. 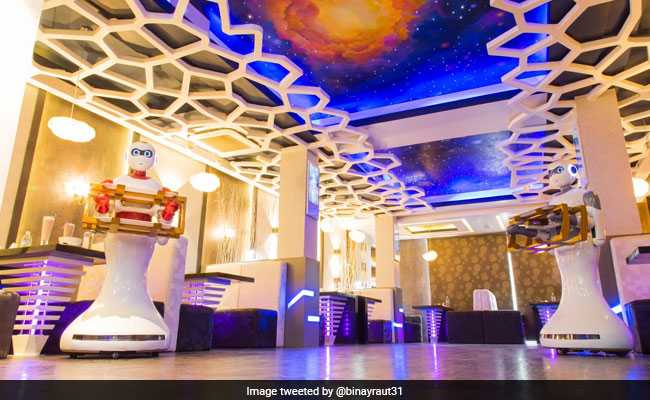 Raut, 27, who completed engineering studies in India and the UK, said: "We travelled to different countries including China and Japan to learn about the design, framework and operation of robots before launching it in Nepal. Now, our target is to introduce this Nepali innovation in the international market."

Paaila Technology entered the hospitality sector after the operation of its first humanoid robot named Pari stationed in a branch of Nepal SBI Bank.

Pari has been deployed in the digital branch of the bank known as inTouch branch, which functions as a source of information and guides customers. The robot started work by greeting customers with "Good afternoon. Welcome to Nepal SBI InTouch".

Paaila Technology has spent around 15 million Nepali rupees ($134,568) on research and development in the last few years.