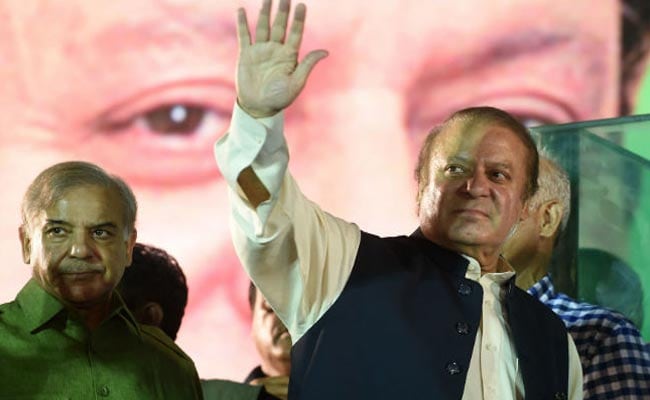 Nawaz Sharif claimed that Maryam had no connection with politics, yet dragged into court (File)

Islamabad: Nawaz Sharif today warned that those who dragged his daughter Maryam to Pakistan's anti-corruption court in the Panama papers case will bear the consequences of their actions.

Three corruption cases were launched last year against the deposed Pakistan prime minister and his family on their posh properties in London which were allegedly bought in 1990s when he served as premier.

Addressing the media outside the accountability court, Nawaz Sharif claimed that Maryam, considered to be his heir apparent, had no connection with politics, but yet she is being dragged into court cases.

Nawaz Sharif, 68, said that it was "painful" for him to see his daughter testifying as an accused in the witness box.

"What could be worst than dragging her into court out of revenge and spite," he said.

"In this ruthless game, you are even involving our daughters. Don't choose a path which makes it impossible to return from," he told his detractors. "Everyone will have to bear the consequence of this behaviour," the three-time prime minister, who was disqualified by the Supreme Court last year, said.

"Maryam has no connection to the era for which we are being punished. They are questioning her about Gulf Steel. She was only a year old at the time," he was quoted as saying by the Express Tribune.

Earlier, Maryam, 44, recorded her statement in the Avenfield case.

The accountability court had prepared a questionnaire for Nawaz Sharif, Maryam and her husband to answer as their final words in the Avenfield case.

He read out his answers in court during the last two hearings. Maryam also blamed strained civil-military relations for the outcome of the Joint Investigation Team (JIT) report.

Both father and daughter have maintained that the members of the investigation team probing the Sharif family were impartial and had been influenced by others to manipulate the outcome.

Maryam, while recording her statement, raised multiple objections against the JIT that had investigated her family's business dealings on the orders of the Supreme Court.

Maryam termed the inclusion of two officials of intelligence agencies in JIT "inappropriate" and questioned the competence of the entire team.

She brought to the court's notice that retired Brigadier Muhammad Nauman Saeed, a director in Inter-Services Intelligence (ISI), was also "a member of the committee that had probed the issue of Dawn Leaks, which had intensified civil and military tension."

Maryam testified that neither the JIT report nor the response to requests seeking mutual legal assistance (MLA) purportedly sent by the JIT to the UK and Saudi Arabia were produced before the court.

When quizzed over the establishment, running and sale proceeds of Gulf Steel Mills, Maryam said that she was hardly one year old when the mill was established. She also said she had no information about the operations of the mill and how its shares were disposed of.

Last month, the Supreme Court, in a landmark judgement, declared Nawaz Sharif ineligible to hold public office for life, ending the political future of the three-time premier ahead of this year's general elections in July.

Promoted
Listen to the latest songs, only on JioSaavn.com
The former prime minister was disqualified to hold the office of the prime minister by the Supreme Court on July 28, 2017 in the Panama Papers case. He was disqualified for not being "honest and righteous" as he failed to declare in 2013 a salary he got from the company of his son in the UAE.