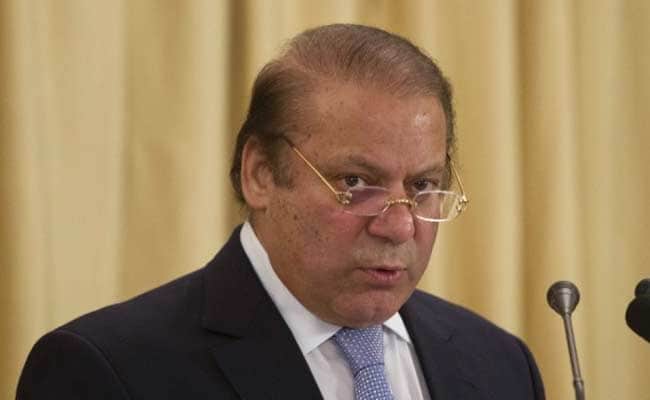 Pakistan Prime Minister Nawaz Sharif asserted that mutual cooperation was vital for the socio-economic uplift of both the countries. (Reuters file photo)

Islamabad: Prime Minister Nawaz Sharif today said Pakistan wants to have good ties with all neighbours, including India, and asserted that mutual cooperation was vital for the socio-economic uplift of both the countries.

Mr Sharif made the remarks during a meeting with India's newly appointed High Commissioner in Pakistan Gautam Bambawale who called on him at the PM House in Islamabad.

An official source said that the two discussed various aspects of Pakistan-India relations and also agreed on the importance of improving the relations.

"Pakistan was pursuing good relations with all its neighbours including India as mutual cooperation was vital for the socio-economic uplift of both the countries," Sharif was quoted as saying by the state-run APP news agency.

Mr Sharif also extended a very warm welcome to the new High Commissioner and hoped that he will work to bring the two countries closer.

Mr Bambawale, who arrived in Pakistan last month to assume the charge of the High Commission, thanked the Prime Minister for warm welcome and expressed the hope that his role will be beneficial in strengthening relations between the two nations.

"High Commissioner Gautam Bambawale had a meeting with H.E. the Prime Minister of Pakistan today @ PM House," the Indian mission tweeted along with a picture of their meeting.

An official of Indian mission refused to share what was discussed. "It just a courtesy call only," he said.

Mr Bambawale, an IFS officer of 1984-batch, replaced TCA Raghavan. He has worked in Germany, US and China. In 2007, he became the first Consul General of India in Guangzhou, China.