Nawaz Sharif Loyalist Barred From Elections Due To Contempt Of Court

The court's order is another blow to the Mr Sharif's party after former Prime Minister and leader Shahid Khaqan Abbasi was disqualified. 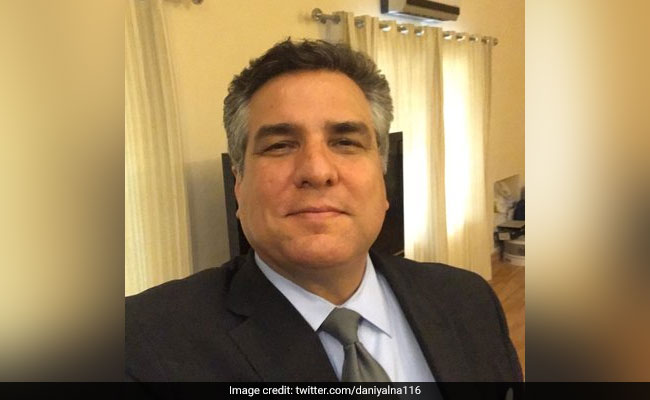 The court's verdict renders Daniyal Aziz disqualified to contest elections for a period of five years.

Pakistan's Supreme Court dealt a fresh blow on Thursday to the party of Nawaz Sharif, the prime minister it removed last year, by barring former privatisation minister Daniyal Aziz from contesting a general election on July 25.

The ban on Aziz came just a day after an Election Commission tribunal barred the outgoing prime minister Shahid Khaqan Abbasi, who took over after Sharif was ousted, from standing for election in his home constituency, though he is contesting another seat in Islamabad.

Sharif and his party have termed the cases and other several measures as a pre-election attempt to tip the scales in favour of opposition politician Imran Khan.

Speaking to Reuters, Aziz gave a broad hint on Thursday that establishment forces - a shorthand for vested interests led by the country's powerful military - were behind his disqualification.

"Pakistan's history in terms of using state institutions to manage political processes are well known ... and the hope and prayer was that we had moved beyond that and the facts are before you," Aziz told Reuters.

The Supreme Court had held Aziz in contempt of court for describing its removal of Sharif as politically motivated. Aziz has denied the charges, saying that he was misquoted.

In the case of Abbasi, an Election Commission tribunal ruled that he had failed to declare an accurate value of his assets in his nomination papers.

Abbasi denied the charges and termed the decision illegal, saying he would appeal against the ban.

"It is an election for the parliament. They have made it a joke," he told television news channels.

Abbasi's disqualification applies only to his Murree constituency and not the Islamabad seat that he is also contesting.

The rulings follow the arrest by an anti-corruption body of Qamarul Islam, another member of Sharif's Pakistan Muslim League-Nawaz (PML-N), after he was named to contest a seat.

Since his removal, Sharif has argued that the Pakistani military establishment, aided by top members of the judiciary, had orchestrated the lifetime ban on him returning to politics.

Sharif is separately facing criminal charges in an anti-corruption court that could see him jailed in the coming weeks. The anti-graft body has also approved a fresh inquiry into both Abbasi and Sharif over a liquefied natural gas (LNG) terminal project.