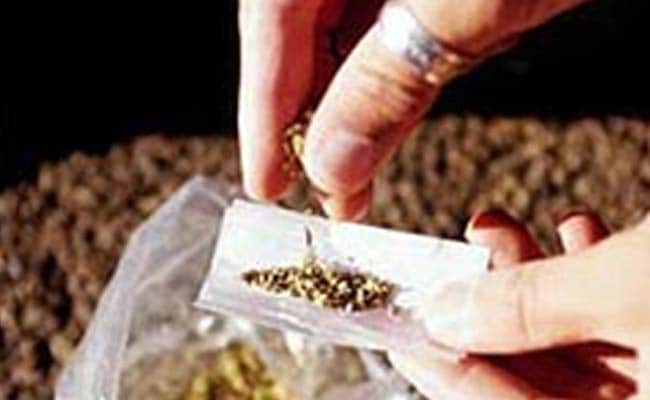 Authorities in Myanmar said drugs worth around $245 million were crushed under a steamroller or torched in three locations including the commercial hub Yangon.

The country, which is emerging from years of military rule, has long-struggled to control illegal drug production especially in its border areas where ethnic rebel groups are still active.

The "Golden Triangle" region - covering parts of Laos, Thailand and Myanmar - was formerly one of the world's top producers of opium and heroin, until the emergence of Afghanistan as a drugs production hub.

Myanmar's eastern Shan state accounts for nearly all of the illegal poppy cultivation in the country, which remains the world's second largest opium producer.

Much of the raw material is believed to be smuggled across the border for processing into heroin in China, which is home to the world's largest number of addicts.

In Thailand authorities torched nearly 9.5 tons of drugs with a street value of nearly $600 million.

The value of the drugs burned is twice the amount at last year's ceremony, in a sign of the Thai junta's tough stance on drugs.

In its annual report marking World Drugs Day, the United Nations Office on Drugs and Crime (UNODC) said authorities in East and Southeast Asia seized 12 tons of heroin, the third straight increase in as many years.

But the region also "reported the highest number of synthetic drug seizures in the world" it said in a statement.

Asia remains the largest market for opium and heroin, accounting for an estimated two-thirds of all users globally.

Meanwhile methamphetamine - known as "yaba", or crazy medicine, in Thailand - dominates the global market for synthetic drugs "and is expanding significantly in East and South-East Asia", the UNODC added.

The body also urged governments and donor nations to pour cash into helping poor farmers find alternatives to illicit crops such as opium.