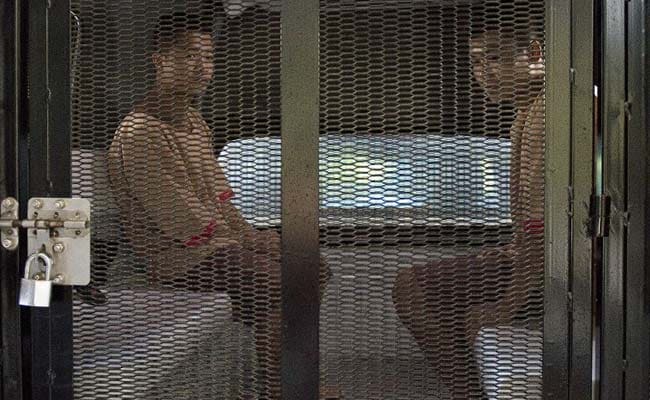 Yangon: Myanmar's army chief has called on Thailand to review the sentencing of two countrymen to death for murdering a pair of British backpackers after a controversial trial that sparked protests.

General Min Aung Hlaing, head of the country's influential military, has asked Thailand for a "review of the evidence" against the two men, the state-run Global New Light of Myanmar reported today.

Zaw Lin and Win Zaw Tun were found guilty on Thursday of killing David Miller, 24, and the rape and murder of Hannah Witheridge, 23, whose battered bodies were found on a beach in the southern Thai diving resort of Koh Tao in September last year.

The grim killings have sullied Thailand's reputation as a tourist haven and raised questions over its justice system after the defence accused the police of bungling their investigation and using the men as scapegoats -- a charge that authorities deny.

The verdicts have sparked anger in Myanmar with daily protests held outside the Thai embassy in Yangon and at border crossings with the country's eastern neighbour.

"The commander-in-chief expressed his respect for Thailand's judicial process while stressing the need to avoid a situation in which the innocent...were wrongly punished," the newspaper reported.

The statement is the strongest suggestion yet that senior Myanmar leaders are unhappy with the Thai court's decision amid a surge of sympathy for the two accused in their homeland.

Protesters in Myanmar were planning a fresh series of rallies outside Yangon's famed Shwe Dagon pagoda on Sunday afternoon.

Thai prosecutors and police insist their evidence against the men -- both migrant workers -- was rock solid, including DNA found on Witheridge's body.

At a press conference Sunday, Thai police insisted their investigation was above board and hit out at the recent protests in Myanmar.

"We reaffirm that our investigation was done transparently and was in compliance with international standards," national spokesman Police General Dejnarong Suthichanbancha told reporters.

But the defence, which has vowed to appeal the verdict, disputed the forensic evidence, saying it was improperly collected and processed.

They also accused the police of torturing their clients into signing confessions, which they later retracted.

Amnesty International has accused Thai authorities of failing to independently investigate those allegations.

On Sunday, the Bangkok Post published a long investigation into the arrest of four Myanmar nationals in western Thailand for the September stabbing of a teenage girl in Rayong.

The four also alleged that they were tortured, a claim the police have denied.

Activists say the Koh Tao case reflected a wider trend of low-paid migrant workers from neighbouring countries being blamed for crimes in Thailand where the justice system is easily bent by wealth and power.

However Thai authorities have received an endorsement from Miller's family who backed the verdict, saying they believed the evidence against the two accused was "overwhelming".

On Saturday Zaw Lin and Win Zaw Tun were moved to a high security prison in Nakhon Si Thammarat on the southern Thai mainland where many death row inmates are held.