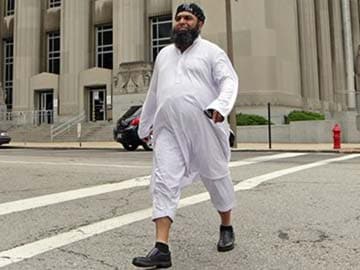 Raja Naeem, 50, is a native of Pakistan who immigrated to the United States two decades ago and now lives in the St. Louis suburb of Manchester. He says his religious beliefs require him to wear a traditional head covering known as a kufi, a billowy shirt called a kurta and loose-fitting pants rather than the Metropolitan Taxicab Commission's mandated uniform of black slacks and a white, button-down shirt.

He sued the taxi commission in St. Louis Circuit Court, alleging harassment and retaliation based on his religious views - including an arrest at Lambert-St Louis International Airport. On Monday, the two sides squared off in a case Circuit Judge Robert Dierker Jr. took under advisement without issuing a ruling.

"I want to practice my religion as well as provide for my family," Naeem, a father of four daughters, said in an interview after the hearing.

Bruntrager noted that the commission offered a compromise that would have allowed Naeem to wear a kurta as long as it was white and didn't extend below thigh length. The commission agreed that he could wear the kufi on his head but said his pants must be black rather than the white leg coverings Naeem favors in tribute to the prophet Muhammad.

"All the tickets had nothing to do with him wearing (religious) clothing," Bruntrager said in court. "It was the colour requirements ... Inherent in all this is the idea of easy recognition."

Promoted
Listen to the latest songs, only on JioSaavn.com
Drew Baebler, Naeem's attorney, said the taxi commission overstepped its authority when it interviewed Naeem's imam about his religious views in an effort to resolve the dispute. He also noted that the commission allows drivers to wear sports jerseys when teams such as the St. Louis Cardinals and St. Louis Blues make the playoffs.