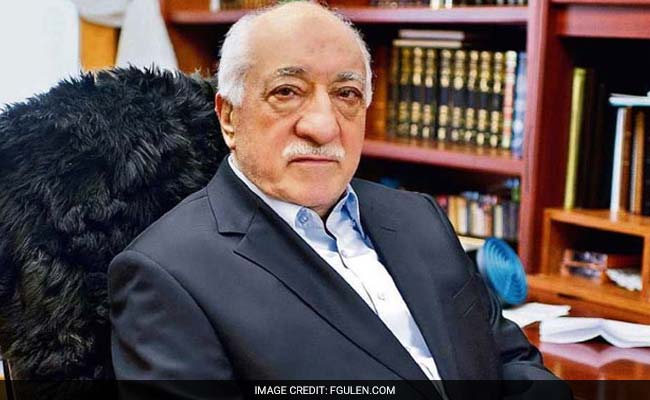 The Turkish government says the coup was masterminded by Fethullah Gulen.

ISTANBUL: Turkey has accused a reclusive US-based Muslim cleric of masterminding an abortive military coup and launched purges of his suspected followers in state institutions including the army, schools and universities, in an unprecedented crackdown.

Fethullah Gulen, 75, denies any involvement in the July 15 attempted coup, in which at least 232 people were killed. Ankara has said it will formally ask the United States to extradite Gulen to face trial in Turkey. Washington says Ankara must first provide clear evidence of criminal wrongdoing.

Here are some details about Gulen and his movement:

WHO IS FETHULLAH GULEN?

Born in Erzurum, in eastern Turkey, in 1941, Gulen built up his reputation as a Sunni Muslim preacher with intense sermons. His movement, known as Hizmet, or "Service" in Turkish, set up hundreds of schools and businesses in Turkey and later abroad, with an initial focus on post-Soviet Turkic-language-speaking Central Asia.

His philosophy stresses the need to embrace scientific progress, shun radicalism and build bridges to the West and other religious faiths.

Gulen has lived in self-imposed exile in the US state of Pennsylvania since 1999.

The first Gulen school opened in 1982. Over the following decades, his schools have educated generations of capable graduates, who rose to influential jobs in the judiciary, police, media, state bureaucracy and private business.

His millions of followers refer to Gulen as "Hocafendi", or "respected teacher".

Members of the Gulen movement are expected to contribute a share of their income to its charitable work, a source of funding that has helped build the schools and colleges that produce the graduates that expand its reach.

His emphasis on education, free-market economics and integration into Europe drew middle-class followers, who in turn earned influence through their own successful careers and built more schools with their donations.

For many years Gulen and his movement had strong ties with President Tayyip Erdogan's centre-right Islamist-rooted AK Party, which has governed Turkey since 2002.

Erdogan, a pious Muslim who served as prime minister from 2003 until he stepped up to the presidency in 2014, shared some of the Gulenists' core beliefs. Gulen's supporters in the judiciary, police and civil service helped Erdogan to tame his enemies in Turkey's old secular elite, especially the armed forces, through mass trials, dubbed "Sledgehammer" and "Ergenekon", which led to the jailing of many top generals.

But Erdogan, an ambitious and popular leader, began to resent the scale of the Gulenists' influence at home and abroad and to see them as a "state within a state". The fallout was cemented in 2013 after anti-graft police raids that touched on Erdogan's inner circle.

Erdogan launched a series of purges against Gulen's followers in state institutions including the financial, organised crime, smuggling and anti-terrorism units of the police force. Thousands of police officers were dismissed or reassigned to other tasks. Some high-ranking officers were detained on charges of spying and illegal wire-tapping.

Erdogan also tried to "cleanse" the judiciary of Gulenist influence, reforming Turkey's two top courts and packing the High Board of Judges and Prosecutors (HSYK) with its own supporters. The HSYK is responsible for appointments, transfers, promotions and expulsions in the judiciary.

Private preparatory schools, many of which are a source of income and influence for Gulen's movement, were shut.

Authorities also moved against more than 20 Gulen-related companies, including opposition media outlets. On July 15, hours before the coup attempt, authorities said a tender for the sale of Bank Asya, founded by Gulen followers, had failed to attract any bids. After the coup, they suspended the bank's activities, including freezing customers' deposits.

The coup, carried out by a faction within the armed forces, quickly crumbled in the early hours of July 16 as Erdogan rallied his supporters onto the streets and won the backing of the bulk of the security forces.

Turkey said it was preparing a formal request to the United states for Gulen's extradition and suggested its failure to cooperate could harm bilateral ties between the NATO allies. Lawyers say any extradition process could take years.
© Thomson Reuters 2016