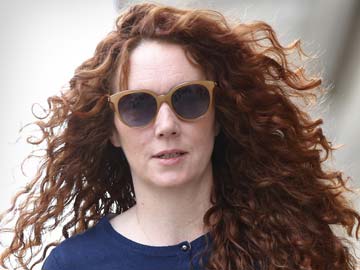 London: Rebekah Brooks, the former boss of News Corp's British newspaper arm, was found not guilty on Tuesday by a London court of being part of an illegal conspiracy at a Rupert Murdoch tabloid to hack into phones and make illegal payments.

Though Ms Brooks was acquitted by the jury of all charges, Andy Coulson, Prime Minister's David Cameron's former media chief and ex-editor of one of Mr Murdoch's British titles, was found guilty of being part of the phone-hacking conspiracy.

Both were former editors of Mr Murdoch's News of the World, the 168-year-old tabloid the media mogul closed in July 2011 amid a public outcry over revelations that journalists had hacked into the voicemails on the mobile phone of a murdered schoolgirl.

The scandal sent shockwaves through Britain's political elite, with prime ministers from both main parties shown to have been close to Murdoch and his senior staff including Brooks.

David Cameron, who ordered a public inquiry into press ethics in the immediate aftermath, faces embarrassment over Mr Coulson's conviction.

The 46-year-old Brooks was cleared of being part of a conspiracy to hack into phones to find exclusive stories, of authorising illegal payments to public officials and of trying to hinder the police investigation.

Promoted
Listen to the latest songs, only on JioSaavn.com
On hearing the verdict at London's Old Bailey, Ms Brooks showed little immediate emotion but was later led out of the court by a nurse. Her husband Charlie was also cleared of any attempt to hinder the police investigation.