The encounter between the young predator and Travis Kauffman garnered international headlines when authorities revealed that the 31-year-old man had not only survived a rare mountain lion attack but had suffocated the cat by stepping on its throat. 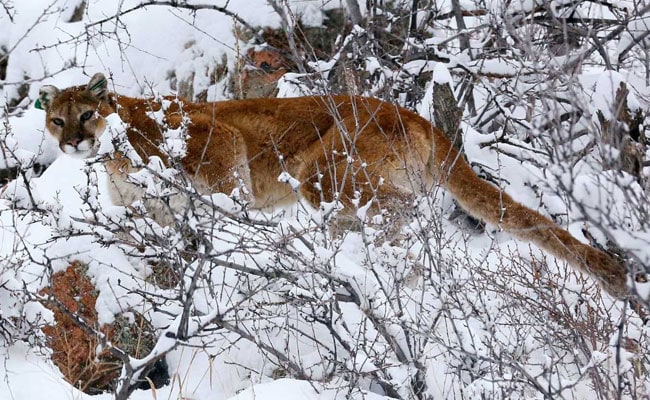 The mountain lion strangled by a Colorado man after it attacked him on a jogging trail last month was a young cub, weighing no more than 40 pounds (18 kg) and likely orphaned but not starving, state wildlife officials said on Friday.

The encounter between the young predator and Travis Kauffman garnered international headlines when authorities revealed that the 31-year-old man had not only survived a rare mountain lion attack but had suffocated the cat by stepping on its throat.

A necropsy - the animal equivalent of an autopsy - showed the cougar was 4 to 5 months old, based on the condition of its teeth, and the results confirmed Kauffman's account of the struggle, Colorado Parks and Wildlife said in a statement.

"The cause of death was determined to be ... blunt trauma and strangulation," the agency said. 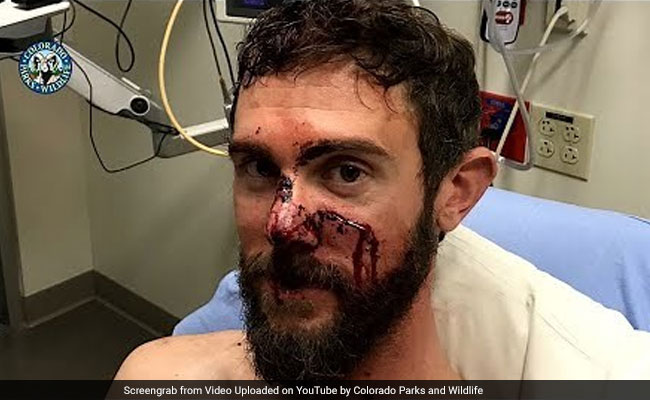 Kauffman recounted his harrowing tale at a news conference last week. He said on Feb. 4, he was jogging on the Horsetooth Mountain Open Space, about 65 miles (105 km) northwest of Denver, when he heard pine needles rustling and turned to see a cougar staring him down.

"I was bummed out to see a mountain lion," he told reporters.

The environmental consultant said he raised his arms and yelled, but the cougar pounced, clamping its jaws on his right wrist, and slashing his face and neck with its claws.

During the three-minute struggle, Kauffman said he unsuccessfully tried to dislodge the cat by hitting it with a rock and stabbing it with sticks. Ultimately he was able to get on top of the cat and place his foot on its throat until it stopped thrashing.

Kauffman suffered multiple lacerations but no permanent injuries. He could not be reached for comment on Friday.

Veterinarians who performed the necropsy could not determine the gender or precise size of the dead cat because other animals had fed on the carcass by the time rangers reached it. But the examiners surmised the cougar was likely a male that weighed between 35 pounds and 40 pounds (16 and 18 kg), authorities said.

Parks and Wildlife spokesman Jason Clay told Reuters that mountain lions normally stay with their mothers for 12 to 18 months before striking out on their own, and two other cubs believed to be from the same litter were later trapped.

The cats were taken to an animal rehabilitation facility to give them a better chance for survival when they are released back into the wild at some point, Clay said.

(Except for the headline, this story has not been edited by NDTV staff and is published from a syndicated feed.)
Comments
Travis KauffmanColoradoHorsetooth Mountain Open Space