The boy had just gone to the store with his mother on February12, 1993, to buy pork chops for dinner. 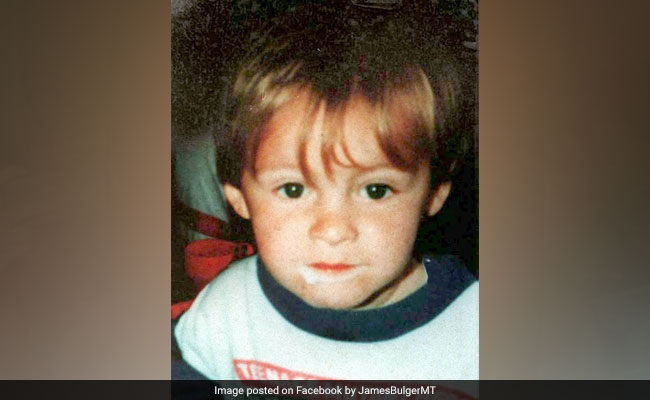 I cannot express how upset I am at this so-called film that has been made, Denise Fergus boy's mother

The grainy surveillance image was burned into Britain's collective memory: a tiny boy holding the hand of another, being led out the door of a shopping center near Liverpool.

The seemingly innocuous footage, blasted all over the news in the days after 2-year-old James Bulger disappeared, belied the truth of what happened to him in the hours after the footage was captured. The boy had just gone to the store with his mother on February 12, 1993, to buy pork chops for dinner. Paying at the counter, his mother, Denise Fergus, let go of her son's hand as she rifled through her purse for change, a split-second decision she would not soon forget. When she looked up again, James was gone.

The search for him played out frantically all across Britain, evolving from the search for a missing boy in a shopping center to the search for an abducted boy in Liverpool and, finally, horrifically, the search for the two boys seen on the surveillance footage leading James away - who were soon suspected of torturing the toddler to death.

They had taken him on a long walk once they left the shopping center, as The Washington Post reported from the London trial in 1993. They zigzagged through Liverpool for more than two miles, taking James down near the Leeds and Liverpool Canal, making up stories to several passers-by who questioned what the 10-year-olds were doing with a crying 2-year-old reeling from a fresh bump on his forehead. No one stopped them. They arrived at a railway embankment. There, out of view from the public, they threw paint in the boy's eyes, stoned him with bricks and beat him to death with an iron pipe. They left his body on the tracks.

Fergus never wanted to know the details. She did not attend the three-week trial in London for the 10-year-olds, Jon Venables and Robert Thompson, who became the youngest convicted killers in Britain in nearly 250 years. She avoided news coverage, as the crime quickly ballooned into one of the most chilling in British history. But some things never went away. The grainy surveillance footage or dramatic depictions of it kept surfacing in places Fergus hated to find it: a crime video game, an Australian TV police drama -- and most recently, an Oscar-nominated short film, "Detainment."

On Tuesday, following the announcement from the Academy of Motion Picture Arts and Sciences that the film is a finalist for Best Live Action Short Film, Fergus made her anger internationally known.

The 30-minute picture, produced and written by Ireland's Vincent Lambe, focuses on the police interrogations of Venables and Thompson and is based on the real transcripts and interview tapes. But to Fergus and to James' father, Ralph Bulger, the film is deeply upsetting - made worse by the fact that both of them say they were not consulted or made aware of the film prior to its release.

In a widely shared statement Tuesday on Twitter, Fergus drew attention to a Change.org petition urging that the film be removed from consideration for winning an Oscar and that it not be shown in theaters. As of early Wednesday, more than 97,000 people have signed it.

"I cannot express how disgusted and upset I am at this so-called film that has been made and now nominated for an Oscar," Fergus said on Twitter. "It's one thing making a film like this without contacting or getting permission from James' family but another to have a child re-enact the final hours of James' life before he was brutally murdered and making myself and my family have to relive this all over again!"

In an interview with the Mirror, Ralph Bulger said he had accepted the fact that articles would always be written about his son's murder, "but to make a film so sympathetic to James' killers is devastating."

Lambe apologized Jan. 6 for not consulting them after it was revealed that "Detainment" was on the Oscar shortlist, angering the Bulger family and their supporters. Lambe offered to donate any proceeds from screenings to the James Bulger Memorial Trust set up by Fergus, saying, "I have enormous sympathy for the Bulger family and I am extremely sorry for any upset the film may have caused them."

But he also denied that sympathizing with the killers was ever his intent. He had previously told Awards Circuit in a December Q&A that "it's not meant to make excuses for them. But it does humanize them." He said he started getting interested in the case long after it happened after reading the records and digging into the killers' backgrounds. Lambe was 12 when Thompson and Venables were convicted, he said in the interview, and until he started doing research all he had ever heard was that the two boys did it because they were evil.

The United Kingdom had struggled to ascribe any other motive to the heinous crime. In fact, no motive was ever revealed, fueling rampant fears among parents that their children, if left unattended for even a moment, could become victims of a senseless kidnapping and murder. The judge who presided over the case suggested at the end of the trial that "violent video films" could be part of the explanation, declining to "pass judgment on their upbringing," the Guardian reported then.

That's what Lambe wanted to explore, he said in the December interview. He noted that Thompson, whose father left when he was young, was frequently beaten up by older siblings. The Post noted in 1993 that Venables' parents were divorced and that he was reportedly a "slow learner."

"While it is a painfully difficult case to understand, I believe we have a responsibility to try and make sense of what happened," Lambe said. He added: "There has been criticism that the film 'humanises' the killers, but if we cannot accept that they are human beings, we will never begin to understand what could have driven them to commit such a horrific crime."

Thompson and Venables were released from prison under various conditions in 2001 and given new identities. Venables was rearrested twice, in 2010 and 2017, for possession of child pornography, the Independent reported.

Since her son's death, Fergus, who has said she could never forgive Thompson and Venables, has been protective of James's memory. In 2007, when she learned a computer game based on the TV series "Law & Order" had used the grainy surveillance footage of James's abduction as a visual clue, her outrage led to it being removed from the shelves in the U.K. In 2009, when Australia's Seven Network used a clip of the abduction to tease its crime drama "City Homicide" and an episode based on the case, Fergus's disapproval led the network to apologize.

The petition she and supporters created to oppose the Oscar nomination of "Detainment," she said Tuesday, "has now been ignored" by the Academy, "just like my feelings."

The Academy could not immediately be reached for comment.