Apollo 11 Anniversary: Thousands celebrated the "Moonversary" with fireworks and music as a giant screen showed footage of the era-defining moment. 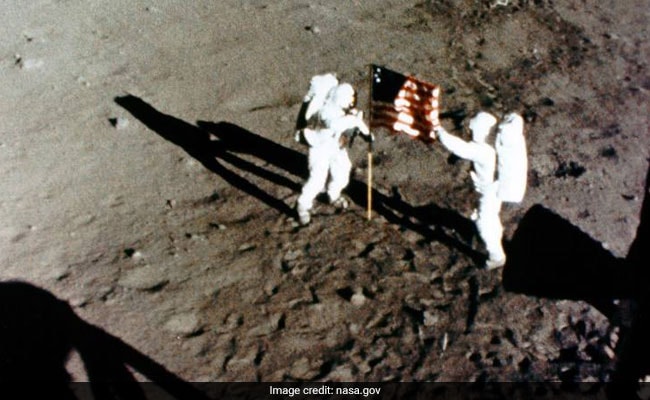 Houston's Space Center counted down Saturday night to the exact moment 50 years ago that Neil Armstrong became the first person to set foot on the Moon, marking one of humanity's greatest achievements.

Thousands celebrated the "Moonversary" with fireworks and music as a giant screen showed footage of the era-defining moment.

After spending a few moments at the foot of the ladder of lunar module Eagle, where he and Buzz Aldrin had landed six hours earlier, Armstrong stepped onto the surface of our natural satellite at 10:56 pm (0256 GMT) on July 20, 1969.

"That's one small step for man, one giant leap for mankind."

(Except for the headline, this story has not been edited by NDTV staff and is published from a syndicated feed.)
Comments
Apollo 11 50th AnniversasryMoon Landing 50th Anniversary