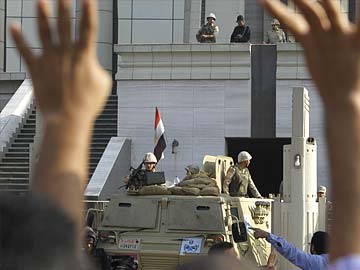 They were accused of "rioting, sabotage and public order offences" in the southern towns of Samalut and Minya during protests against a bloody crackdown in Cairo on August 14 when hundreds of people were killed, the source said.

They are able to appeal the verdicts.

On March 24, 529 Morsi supporters were sentenced to death on the second day of their trial in Minya province in the largest mass death sentencing in Egypt's modern history.

The sentences caused an international outcry.

On Monday, the same court is due to pass sentence on Muslim Brotherhood chief Mohamed Badie and 700 other Morsi supporters.

Promoted
Listen to the latest songs, only on JioSaavn.com
Rights group Amnesty International says more than 1,400 Morsi supporters have been killed since the army ousted him last July 3.

Another 15,000 have been arrested as the military-installed interim authorities crack down on the Brotherhood after designating it a "terrorist" group and blaming it for the wave of violence sweeping the country.