A search and rescue mission was launched immediately after the incident, and the body of the pilot was recovered, the Air Force said in a statement. 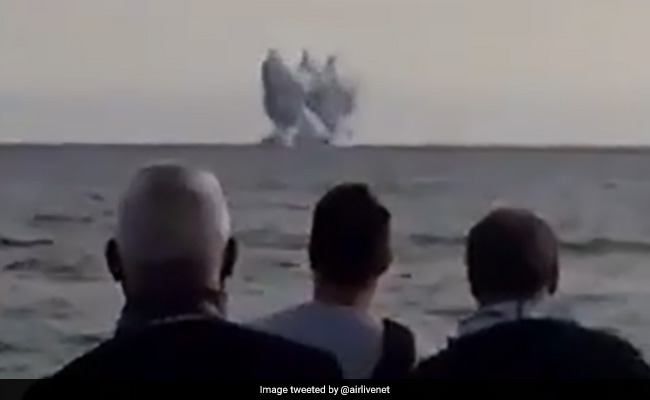 Rome: A military plane of the Italian Air Force crashed while taking part in an air show in central Italy yesterday, killing the pilot on board.

The Eurofighter jet was flying over the sea before Terracina, a town lying some 110 km south of the Italian capital, when it suddenly plunged into the sea, Xinhua reported.

A search and rescue mission was launched immediately after the incident, and the body of the pilot was recovered, the Air Force said in a statement.

Thousands of people had gathered in the afternoon to watch the air show, which should have also involved the "Frecce Tricolore" -- a famous aerobatic demonstration team of the Air Force.

Several amateur videos were shot by spectators, and spread on social media, showing the plane performing a dive in the air before collapsing into the waters.

The Air Force stated the jet belonged to its Test Flight Department, and crashed after entering the final phase of the flight schedule.

Promoted
Listen to the latest songs, only on JioSaavn.com
The causes of the incident were still unclear, and an investigation was launched into it.