Mike Pompeo's visit to Islamabad was the Trump administration's first high-level dialogue with Pakistan since the new government of Prime Minister Imran Khan assumed office after the July 25 elections. 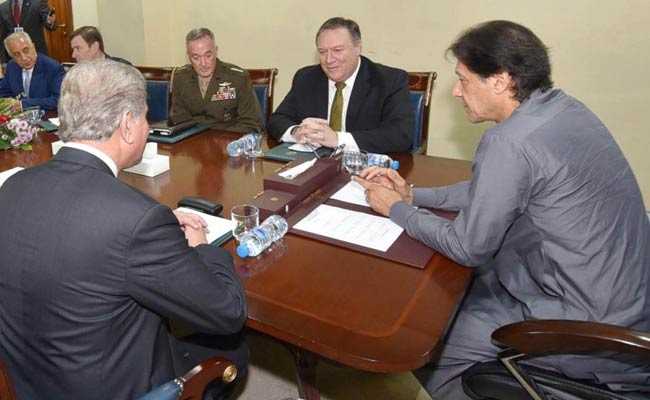 The US Secretary of State Mike Pompeo Wednesday stressed the importance of having "strong democratic institutions" in Pakistan to the country's Army chief General Qamar Javed Bajwa, the State Department spokesperson said.

Mike Pompeo's visit to Islamabad was the Trump administration's first high-level dialogue with Pakistan since the new government of Prime Minister Imran Khan assumed office after the July 25 elections.

During his meeting with Pakistani Chief of Army Staff General Bajwa, Secretary Pompeo welcomed the smooth transition of power to a new civilian government, spokesperson Heather Nauert said, referring to the assumption of power of cricketer-turned-politician Khan on August 18.

Imran Khan, chief of the Tehreek-e-Insaf party is said to have the backing of the powerful military, which has ruled the coup-prone country for almost half its history.

During the meeting, Mike Pompeo stressed the "importance of strong democratic institutions" in Pakistan, Ms Nauert said in a readout of the meeting Mr Pompeo had with Mr Bajwa.

Mike Pompeo was accompanied by Chairman of the Joint Chiefs of Staff General Joseph Dunford.

During his meeting with the Pakistan Prime Minister, he congratulated him on the formation of the new government and welcomed the further strengthening of civilian institutions, Mr Nauert said.

Mike Pompeo also expressed hope for deeper counter terrorism cooperation between the US and Pakistan, she said.