Acknowledging that there were challenges in the country's immigration system, he said that Trump, who is seeking re-election in the November 3 presidential election, has been working to secure the border and fix the broken immigration system. 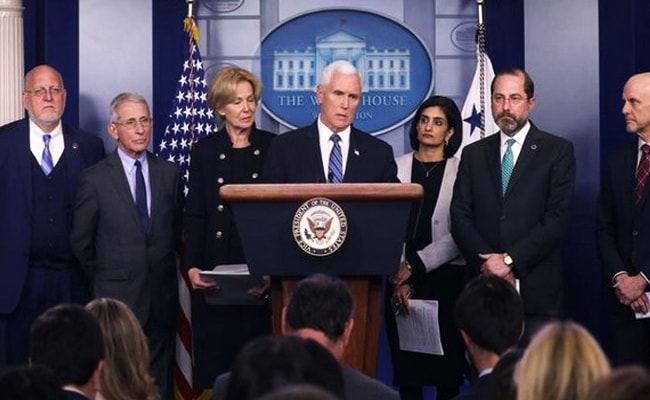 US Vice President Mike Pence on Monday said the second term of President Donald Trump would see a reform in the country's broken immigration system, with a focus on the intake of immigrants on the basis of merit.

Acknowledging that there were challenges in the country's immigration system, he said that Trump, who is seeking re-election in the November 3 presidential election, has been working to secure the border and fix the broken immigration system.

"As the President and I have spoken many times, part of that second term agenda is going to be the kind of immigration reform that's built on the principle of a merit-based immigration system," he said during a virtual event on the US-India organised by the US-India Strategic Partnership Forum (USISPF), a non-profit organisation.

He said that President Trump wants to fix the broken immigration system.

"We want people to come to this country that are ready to participate, ready to contribute as people from India have done as people in the United States have done," he said.

"So, I just want the rising generation in India and Indian business leaders, men and women, who are looking to make investments in this country to know that America it's not only open for business but we look forward to growing the relationship between our two countries for decades to come," Pence said.

Pence said the four million members of the Indian diaspora across the US represent some of the best people in this country and they're creating wealth and prosperity. He said they have made enormous contributions in the incredible relationship that they have helped to facilitate and forage between the United States and India.

Immigration has been a very critical agenda of the Trump campaign and his presidency, with Trump asserting throughout that as the American President he will ensure job security and safety for American citizens first.

As job losses mounted and the American economy suffered due to the COVID-19 pandemic, Trump ordered some stringent immigration restrictions, including suspending the H-1B visas, which is popular among Indian IT professionals, along with other foreign work visas for the rest of the year.

Trump has said the step was essential to help millions of Americans who have lost their jobs due to the current economic crisis.

Trump issued the proclamation in June, ahead of the presidential election in which he is being challenged by Democratic Party's nominee and former vice president Joe Biden.

"In the administration of our Nation's immigration system, we must remain mindful of the impact of foreign workers on the The United States labour market, particularly in the current extraordinary environment of high domestic unemployment and depressed demand for labour," said the proclamation issued by Trump.

Indian IT workers form the majority of H-1B visa holders in the US and have to wait decades for a Green Card due to the huge backlog.

Blinken To Discuss Russia's War On Ukraine With Chinese Officials