Migrant Children In US Drew Pictures Of Cages, And Of Bright Scenes

Hand children a piece of paper and a box of crayons and they may draw what scares them most. Or, they may sketch what makes them smile 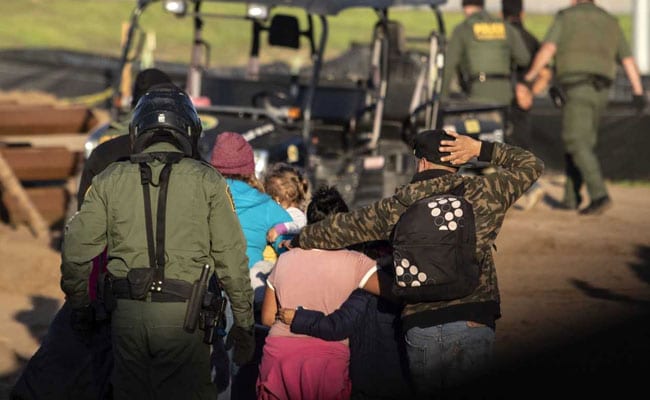 In one, a bright green caterpillar with the letters "USA" written on its body crawls across the page.

In another, a heart with wings bears the words "Love Love," because one apparently wasn't enough to convey how much it carried.

Both drawings were done by children after they were released from U.S. Customs and Border Protection custody, and both strike at a universal truth: Hand children a piece of paper and a box of crayons and they may draw what scares them most. Or, they may sketch what makes them smile.

This week, CNN ran a story saying a curator from the Smithsonian's National Museum of American History had inquired about obtaining drawings the news outlet published on Thursday that were done by three children who had been released from CBP custody.

The images are haunting. They are drawn in dark hues and feature bars and cages. In one, five stick figures appear to be sleeping on the floor, their feet and arms sticking out from (Mylar?) sheets that are too short. In another, a chain-link wall separates frowning figures from smiling ones.

The people who work at the Texas respite center where those drawings were done say they understand why the Smithsonian might want to preserve them. They are powerful and capture what children who cross our borders are experiencing at this point in time.

But those same people have also raised an important question: If the Smithsonian decides to obtain the drawings that depict these children's confinement, should it also collect sketches that capture their hopes and resiliency? Should it try to show the brightness alongside the darkness?

Sister Norma Pimentel, who is the director of Catholic Charities of the Rio Grande Valley, which oversees the Humanitarian Respite Center in McAllen, Texas, believes it should.

"When we have opportunities for them to laugh and dance and play, the children transform into children," she said. When you see only the darkness, she said, it reflects only one aspect of who they are and not who they become once they come to the center after being released from custody. "Now, they have a sense of hope, a sense of tomorrow, a sense of life, and that is what they are here for." 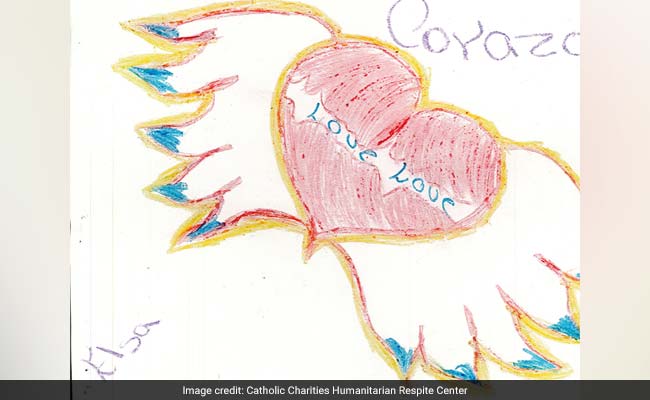 The center sent me some of the children's drawings that the public has not seen. They show bright, hopeful scenes. They show life outside those cages.

One features a green-winged bird with a flower in its mouth. Another shows a boat on blue water sailing under blue clouds. Yet another depicts a black-and-blue zebra with the words "Que Dios los bendiga a todos ustedes." May God bless you all.

"They draw things like hearts and 'I love you, mom,' " Pimentel said.

Many of the children who come to the respite center were separated from relatives while in custody.

"They are frightened, they're crying," Pimentel said of the time they spend in conditions reflected in those dark drawings. "That child is scared and doesn't understand what's happening."

Once they've been released and reunited with relatives, she said, she has seen those children show an incredible resiliency "in spite of their pain."

She recalled welcoming a boy who was maybe 6 years old and his father. She showed the child a plastic place mat that held a map of the U.S. and explained to him that he would soon head to New York to see his mother. 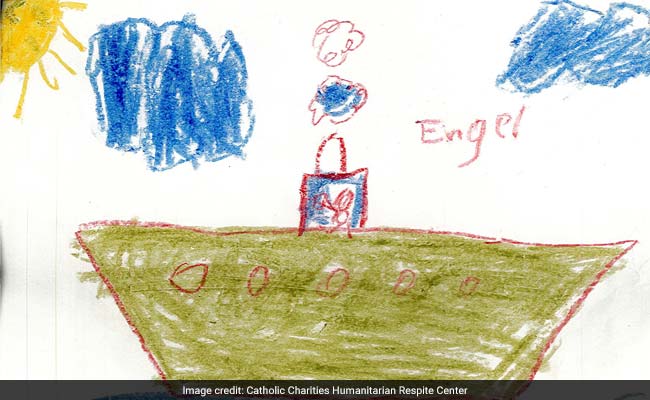 While many drawings featured bars and cages, many pictures also depict bright, hopeful scenes that show life outside those cages

"You're right here, and your mom is right there," she recalled telling him. "That little child, he put his cheek right on top of the map, just to get close to his mom."

The drawings CNN published came from three children, ages 10 and 11, who had been separated from their relatives while in custody before ending up at the Humanitarian Respite Center.

In its story, CNN said the drawings were given to the news outlet by the American Academy of Pediatrics, which obtained them from a social worker at the respite center.

The story raised serious questions about the medical care children receive while in the CBP custody and cited the deaths of 8-year-old Felipe Gomez Alonzo and 7-year-old Jakelin Caal Maquin. Alonzo had the flu, and Maquin died of a sepsis.

"This is truly a very dark spot in U.S. history," Colleen Kraft, the former president of the American Academy of Pediatrics, told CNN. "This will be remembered as a time when the U.S. was cruel to immigrant children. It makes me wonder what kind of country are we that we would treat children this way."

On Thursday, a curator "reached out to CNN and the American Academy of Pediatrics about the children's drawings as part of an exploratory process," according to a statement released by the Smithsonian this week.

"The National Museum of American History does not publicize nor speculate on potential collecting prior to formally accessioning artifacts," the statement read. "The museum has a long commitment to telling the complex and complicated history of the United States and to documenting that history as it unfolds, such as it did following 9/11 and Hurricane Katrina, and as it does with political campaigns."

There is, of course, no way to know if the museum will move beyond the "exploratory" process." But if it does, many people will no doubt find themselves staring long at those drawings - the dark and the bright ones - and thinking about the children behind them.

Among the pictures the respite center sent me, one shows an orange-colored house with a path and a tree. In one corner, the sun shines.

It is a simple, serene scene, and I couldn't look away from it without wondering whether it showed where the child came from or where he hoped to go.