On a Facebook page matching his name and likeness, Seth Welch of Michigan spoke of his religious beliefs, which he shared with his wife, Tatiana Fusari. 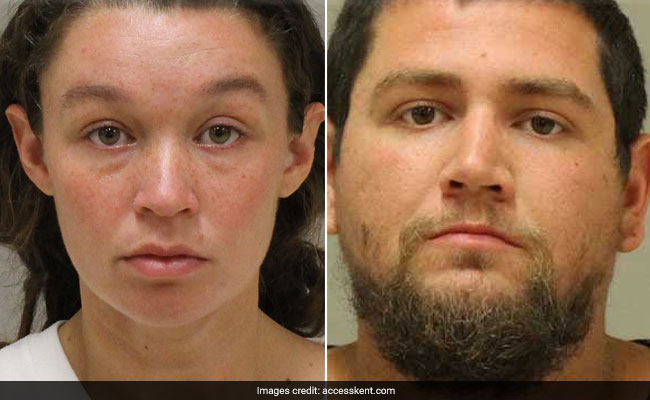 In video sermons, the man railed against vaccines, "bad medicine" and doctors whom he deemed to be "priesthoods of the medical cult."

And he explained why he refused to vaccinate his children, saying: "It didn't seem smart to me that you would be saving people who weren't the fittest. If evolution believes in survival of the fittest, well then why are we vaccinating everybody? Shouldn't we just let the weak die off and let the strong survive?"

On a Facebook page matching his name and likeness, Seth Welch of Michigan spoke of his religious beliefs, which he shared with his wife, Tatiana Fusari. Those beliefs that may have contributed to their own child's death, according to court records.

Although the circumstances surrounding the baby's death remain unclear, the couple was charged Monday with felony murder and first-degree child abuse after their nearly 10-month-old daughter, Mary, was found dead in her crib from malnutrition and dehydration, according to court records cited by NBC affiliate WOOD.

The parents, both age 27, told police that they had known for at least a month that their daughter seemed underweight, and Fusari acknowledged that they declined to seek help "for fear of having her children removed by Child Protective Services, lack of faith and trust in the medical services and religious reasons," according to an arrest warrant affidavit obtained by the station.

The sheriff's office and prosecutor's office did not immediately respond to requests for comment Wednesday from The Washington Post.

It's unclear whether the parents have an attorney.

Deputies from the Kent County Sheriff's Office responded Thursday to the family's home outside Grand Rapids, Michigan, after the father called 911 to report that his child was not breathing, according to a media release.

A deputy noted that the infant's "eyes and cheeks were sunken into her head," she was not breathing and was "cold to the touch," according to the arrest warrant affidavit. She was pronounced dead at the scene, authorities said.

Welch apparently wrote on Facebook that same day that he was "shattered" and "just numb inside."

Police have not publicly confirmed that the Facebook page belongs to Welch, but local media have reported that it is his.

The medical examiner ruled the infant's death a homicide, according to the court documents, and Welch and Fusari were arrested and charged in connection with her death.

During their arraignment, according to the Detroit Free Press, Fusari appeared to be clutching her husband's arm. As the charges were announced, Fusari wept and Welch sat with his mouth open.

There have been similar cases over the years in which parents have refused to seek medical treatment for their dying children on religious grounds, instead opting to pray for their healing. In fact, there were so many such cases in Oregon that lawmakers did away with laws protecting parents in those situations, according to Religion News Service.

"I'm not opposed to medicine or doctors," he said. "I'm opposed to bad medicine and doctors that are just, well, aren't really doctors - they're priesthoods of the medical cult. They have a certificate from some training camp somewhere that says they got this test score, but that doesn't mean they know about the human body and stuff like that."

He explained that he thinks doctors would have to believe in creationism to be able to successfully treat patients.

Welch and Fusari are being held without bond. The couple is due back in court Aug. 20.