Michael 'Mad Mike' Hughes was well-known for his belief that the Earth was flat. He hoped to prove his theory by going to space. 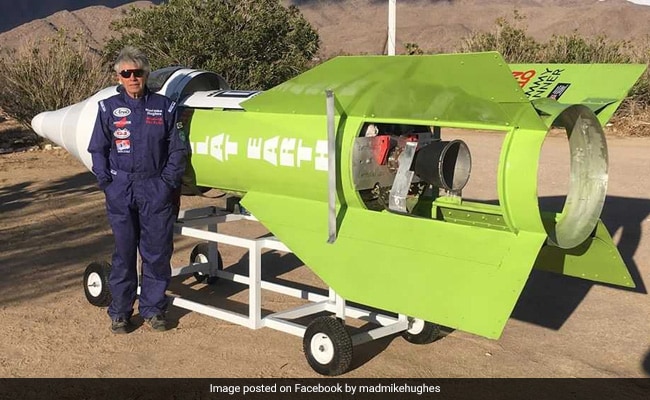 An amateur American astronaut who said he wanted to prove the Earth is flat has been killed in the crash of his homemade rocket in California, said the Science Channel, which filmed the launch.

"Michael 'Mad Mike' Hughes tragically passed away today during an attempt to launch his homemade rocket," the channel, which is part of the Discovery Channel, said on Twitter. "Our thoughts & prayers go out to his family & friends during this difficult time."

A stuntman by profession, Hughes, 64, launched himself Saturday in a steam-powered rocket that he built in the backyard of his home in Barstow, California. Several brands sponsored the project.

His goal, he told the local press, was to ascend more than 1,500 meters (nearly one mile) to prove that the Earth is not round but shaped like a Frisbee.

His spokesman Darren Shuster told the Los Angeles Times, however, that the flat Earth claim was merely to drum up publicity for the launch.

"I don't think he believed it," Shuster said. "He did have some governmental conspiracy theories. But don't confuse it with that flat Earth thing. That was a PR stunt we dreamed up."

Images of the launch, carried out in the desert in front of a crowd of horrified witnesses, circulated on social media Sunday.

A parachute can be seen tearing away from the rocket moments after the launch, as the spacecraft loops downward and crashes several hundred meters from the launch site near Barstow, 110 miles (180 kilometers) northeast of Los Angeles.

"It was always his dream to do this launch & Science Channel was there to chronicle his journey," said the channel, which filmed the launch for a new series called "Homemade Astronauts."

Dressed in a red-and-black space suit and posing in front of the rocket, Hughes had announced plans for the launch on the Discovery Channel.

Explaining why he would do it, he said, "Just to convince people that they can do things extraordinary with their lives... Maybe it will inspire someone else."