The adult film industry created an endless loop of content from popular stars, even as they are often shut out of a cut or trying to outrun their former lives. 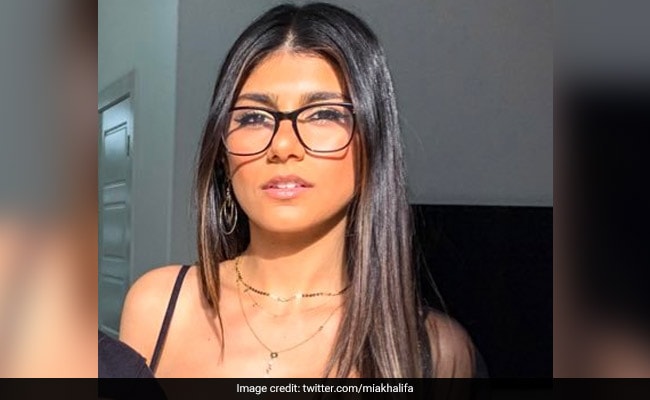 In a Miami home rental in late 2014, a camera crewman peered through a viewfinder and brought Mia Khalifa into focus.

The pornography film crew gathered at the Airbnb to shoot the scene featuring Khalifa in a hijab. It was a moment that would dominate adult-film sites for years and prompt beheading threats from Islamic State supporters.

It also left Khalifa modestly compensated for a brief career that catapulted her into worldwide stardom - and completely upended her life when she became the most-searched adult-film star on the planet.

Khalifa shattered any illusions regarding adult film industry pay on Monday, saying on Twitter she received about $12,000 for about a dozen shoots over three months before she left the industry in early 2015, and never a "penny again."

She quickly left the business after the world's gaze, and the eyes of fans on the street, bewildered her into retirement. "I was not scared of ISIS. It was jarring. But I wasn't living in fear," she said in a phone interview from Copenhagen.

"It was more that I was living in shame."

The adult entertainment industry - an enormous web of YouTube-like streaming sites, live-camera models and an increasing amount of private social media channels - is a murky financial and bandwidth juggernaut.

Industry analysts spitball the figures. Something in the range of $2 billion is generated globally every year from subscription video sites, DVDs and broadcast licensing, though the exact numbers are notoriously difficult to track, said Alec Helmy, the president and publisher of XBiz, an adult entertainment industry news site. Explicit live-streaming brings in another estimated $2 billion, he said.

If an actor pursues the film industry, there are two options with wildly different compensation paths. One is the traditional production studio that pays actresses as contractors - a flat rate for scenes, so volume is key. That is what Khalifa did, and in her case, about $1,000 each is pretty typical, Helmy said, with the lion's share of profits from subscriptions and ad revenue going to production companies.

Another is an independent model that provides a bigger cut and options for residuals.

Bang Bros did not return a request for comment. The site owns a web page that uses Khalifa's name as a URL address, her spokesman Jeff Solomon said. But it does not pay her for rights, even though it is written in her first-person voice, Khalifa said.

Videos, and content from a dizzying amount of publishers, are constantly filling Pornhub's servers. If you were to watch all the video uploaded in a single day, it would take 115 years to finish - about the same span between the first Wright Brothers flight at Kitty Hawk, North Carolina, and 2018, the site said last year. 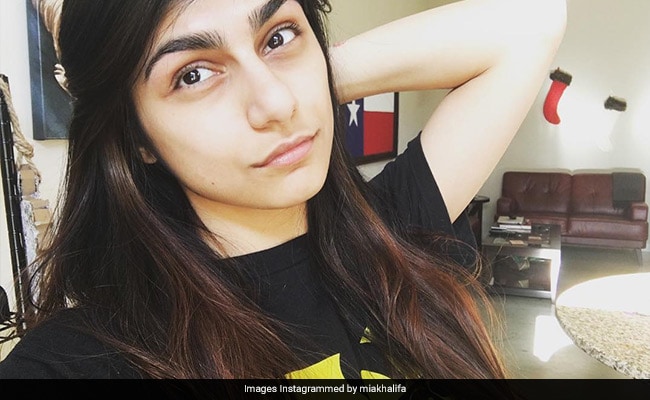 Three of the top 10 actresses on the site now are either retired or inactive in the business, an industry veteran said, and have little recourse to claim compensation or remove their videos if they are shut out from the revenue.

Tasha Reign, an adult film actress, wrote she was unsurprised a woman early in her career like Khalifa made so little and was shut out of royalties. Many people think popularity translates to income, she said.

"Unfortunately for us, though, we don't make as much money from the hits as, say, a songwriter or showrunner," she said.

Criticisms and insults were aimed at Khalifa after her Twitter revelation over her payday, suggesting she was naive or duped. "I was never promised 'millions,' nor do I expect it. I'm just clarifying common misconceptions about me, and in turn, about the industry," she later wrote.

Khalifa has been fighting those misconceptions ever since she became a whispered household name, and has been on a recent media blitz on a mission to reinvent herself.

Khalifa, born in Beirut, arrived in Montgomery County, Maryland, in 2001 as a grade-school immigrant in a family fleeing violence in Lebanon. She started school in the United States a couple weeks before a hijacked plane slammed into the Pentagon on the other side of the Potomac. Her brown skin and few words of English landed her the nickname "terrorist," she said.

It was then, she said, that she felt pressure to be ashamed of her Middle Eastern heritage, though she is Catholic and not Muslim. Local sports teams became a refuge, and at turns, a cloak. "You don't need to know the language," the Washington Capitals die-hard fan said. "You just have to watch the game."

Her English improved at a military boarding institute in Virginia, and she graduated from the University of Texas at El Paso as a history major before moving to Miami. There a man stopped her to ask if she wanted to model.

She said she was overweight and isolated as an immigrant, and fed off the validation she received from glowing producers and management at Bang Bros. after losing weight and getting breast augmentation surgery.

"I wanted to have a dirty secret and be rebellious," she said. " I was feeling sexy for the first time in my life." But the worldwide reaction to her hijab video led to her quick exit from the business.

Khalifa worked as a paralegal afterward, but the faces of men in her office revealed they already knew her. "I got the stare, and the, 'hey, aren't you from . . . ' questions," she said.

She got another job as a book keeper before she pivoted her passion into two sports-talk shows, both now defunct. Now, she's working with app developers on a host of projects.

But her past as an adult film performer has been an albatross around her neck. She is instantly recognized everywhere, she has said, even at Disneyland, where she was hounded for photos.

And her sustained popularity years after her career ended has led many fans to speculate she is still active in the industry and has collected big paychecks from her highly visible profile. That is not the case, she said.

And yet, even a fair compensation for her work is beside the point. It would feel like now as an approval of a decision she now regrets. "No amount of money would make it worth it."

Some operations in recent years - in the age of #MeToo - have promoted actress safety, consent and empowerment as a marketing pitches for consumers, and live-streaming videos has been a reliable revenue tool for performers, Helmy said.

That does not matter to Khalifa, newly engaged and looking to live the rest of her life.

She said some women who enter the business are vulnerable and taken advantage of by industry producers, while others are looking for a big star turn. "I am not for women getting into the industry. I don't think it's an industry that should be respected," she said.

Backdated money would not change that for her. If she could, Khalifa said, she would burn the industry to the ground, sending all of her videos along with it.

"The only thing I want is for people to stop seeing me naked," she said.