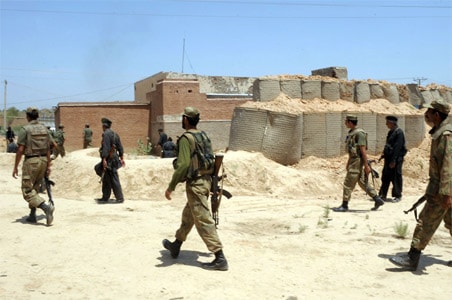 Turning suicide bombing into a "production output" Tehreek-e-Taliban Pakistan chief Baitullah
Mehsud is spending up to Rs one million to buy children who could be made suicide bombers, US media on Friday quoted Pakistani and American officials as saying.

A Pakistani official told the Washington Times that the price for child bombers was Rs 500,000 to Rs one million.

"Mehsud has turned suicide bombing into a production output, not unlike the way Toyota outputs cars," a US defence official said, adding the suicide bombers when ready could be sold, bartered or even picked up by other groups.

The price of a child depended on need of the bomber, and how close he was expected to hit the target.

A former Afghan militant said, "Fighting is not the issue, what is unusual is making these young fighters into suicide bombers, it is a crime against God."

After the training period is over, most of these suicide bombers are reportedly sent to Afghanistan to target allied forces and Afghan security, while some of them are kept back in Pakistan for carrying out attacks.

While Pakistan has announced a reward of about Rs 50 million for information leading to Mehsud'd capture, dead or alive the US has offered USD five million.