Russian President Vladimir Putin said the US had requested information on 10 separate cybersecurity incidents from Russia, and that Washington had received "exhaustive" answers in all cases. 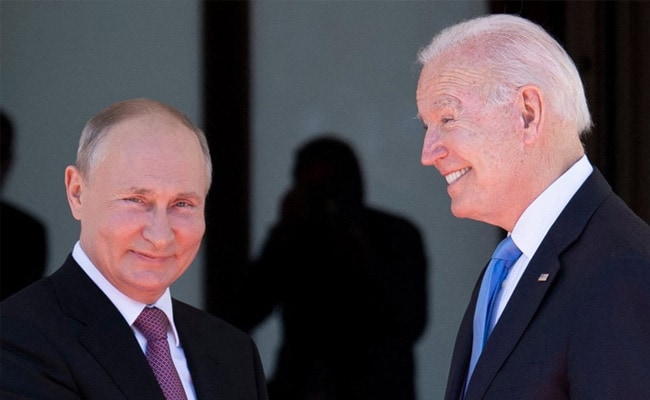 Russian President Vladimir Putin said Wednesday that his first face-to-face meeting with US counterpart Joe Biden was constructive and the two sides had agreed to discuss cybersecurity.

"The conversation was absolutely constructive", Putin told reporters after the talks with Biden in Geneva, adding that they "agreed to start consultations on cybersecurity".

Washington has long complained of what it says is persistent and combative Russian cyber activity, namely meddling and interference in elections, that it says have been carried out either by Russian security services or hackers with links to the Kremlin.

Putin said the US had requested information on 10 separate cybersecurity incidents from Russia, and that Washington had received "exhaustive" answers in all cases.

"Russia sent 45 such requests to the United States last year," he said, "and 35 this year."

"And we have not received a single answer," he said, claiming that: "The largest number of cyberattacks in the world are carried out from the US space."

Biden's administration brought sanctions against Russia in April in response to the SolarWinds cyberattack that targeted federal organisations and more than 100 US companies.

Biden had also vowed to raise pressure on Russia for harbouring cybercriminals who have been blamed in major attacks on a US oil pipeline and a meat supplier.

Russia denies claims of any involvement with hacking or ransomware gangs.

The US Justice Department's top national security official said Wednesday that the Russian government actively harbours hackers and ransomware extortionists operating from inside the country.