Arcos Dorados, which owns and operates McDonald's Corp restaurants throughout Latin America, said on Wednesday it had shut all 29 McDonald's Peru restaurants to conduct safety inspections. 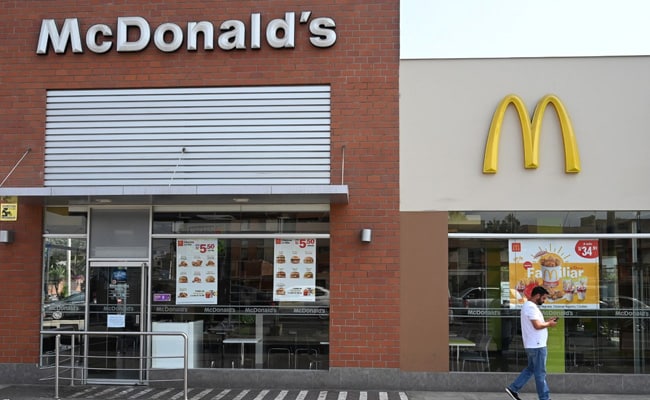 Relatives of the two employees who were killed and about 80 other people protested against McDonald's.

The general manager of the company that operates McDonald's restaurants in Peru told local television that the beverage machine at the restaurant where two employees were fatally electrocuted last weekend had experienced an electrical fault but it was not reported to the company's maintenance department.

Relatives of the two employees who were killed and about 80 other people protested against McDonald's in a suburb of Lima on Saturday afternoon.

"The information, unfortunately, that the machine was not working and giving people shocks was only known within the local managers and was not escalated so that immediate action could be taken," Jose; Andrade, general manager of Arcos Dorados Peru, which has the franchise for all the McDonald's restaurants in Peru, told Peruvian television station Canal N on Friday night. The two employees who were killed, Alexandra Porras, 18, and Carlos Gabriel Campo, 19, were electrocuted last Sunday in Pueblo Libre, a district of the capital, while cleaning the kitchen, police said.

On Saturday, protesters carried posters bearing the victims' photos and slogans reading: "Justice for Alexa and Gabriel," who relatives said were a couple who had been working for the fast-food chain for several months.

A lawyer acting for the victims´ relatives, Elizabeth Carmona, said she had asked the prosecution on Friday for McDonald's and Arcos Dorados representatives in Peru to be detained.

"The evidence of the criminal experts has determined that a power leak caused the deaths," she said.

Rocío Zapata, Gabriel's mother, claimed that the restaurant did not offer proper training to its employees. "Who is going to give back our children?" she said.

Arcos Dorados, which owns and operates McDonald's Corp restaurants throughout Latin America, said on Wednesday it had shut all 29 McDonald's Peru restaurants to conduct safety inspections.

The company said that it paid "competitive" salaries, took seriously concerns raised about working conditions and that workers' shifts never exceed eight hours."What we have been able to determine through internal investigations is that at least 24 hours before this happened, it was known that the machine was presenting problems," Andrade said. "What they ought to have done is to stop using the machine, even disconnect it. "This has hit us all very hard and we are working hard to review all our processes, all our protocols, to ensure such a thing does not happen again," he said.

A spokesman for Arcos Dorados did not immediately respond to the claims by its general manager.