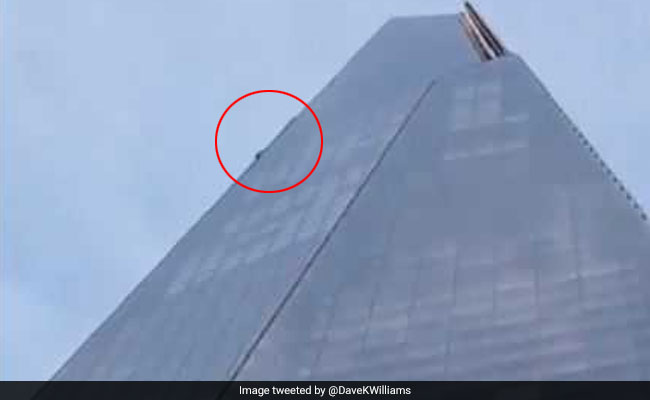 The man was seen scaling the tallest building in Western Europe

A man was seen climbing the Shard skyscraper in London on Monday, scaling the glass exterior of Western Europe's tallest building at sunrise.

British police said they were called at 0415 GMT after reports that a man was climbing up the tower. He was talking to police and has not been arrested, they said.

Located close to London Bridge, the Shard is 310 metres (1017 ft) tall and is home to offices, restaurants, a retail arcade and a hotel.