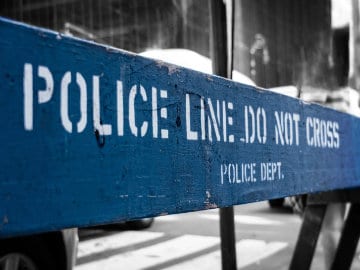 New York: New York City prosecutors said a 75-year-old man beat his wife to death because she served him lentils for dinner instead of the goat he was craving.

Noor Hussein, who is a native of Pakistan, is on trial in Brooklyn for murder in the death of his 66-year-old wife, Nazar Hussein, in 2011. Prosecutors said in opening statements Wednesday that Hussein was so outraged over the prospect of eating lentils that he pummeled his wife until she was a "bloody mess."

Defense attorney Julie Clark admitted that Hussein beat his wife, but said he is guilty of only manslaughter because he didn't intend to kill her.

According to the New York Post (http://bit.ly/1toP3pp ), Clark said wife beating is customary in Pakistan.

"He comes from a culture where he thinks this is appropriate conduct, where he can hit his wife," Clark said in her opening statements at the Brooklyn state Supreme Court bench trial. "He culturally believed he had the right to hit his wife and discipline his wife."

But prosecutors said Hussein meant for his wife to die.

"His intentions were to kill his wife," Assistant District Attorney Sabeeha Madni said in court. "This was not a man who was trying to discipline his wife."

Madni said Hussein "brutally attacked his wife as she lay in her bed," leaving deep lacerations on her head, arms and shoulders and causing her brain to hemorrhage.

Promoted
Listen to the latest songs, only on JioSaavn.com
Madni said neighbors would testify that Nazar Hussein suffered years of abuse from her husband.