Jonathan Jahan was offered a job by a temporary work agency to be a coach driver. 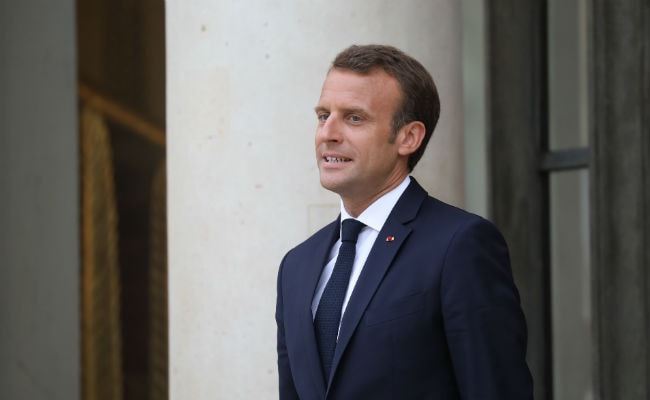 A jobless young Frenchman told by France President Emmanuel Macron that all he needed to do to find a job was cross the road and ask has landed a position after video of his exchange with the president went viral online.

Jonathan Jahan, 25, didn't cross the road in the end. But a temporary work agency contacted him with an offer to be a coach driver and Jahan, who studied horticulture and had been looking for months for a job in the gardening sector, accepted.

"I'm happy because I'm going to work in something I love," he told BFM TV, which reported he had turned down 20 other proposals.

The publicity generated by his chat with Macron, during an open day at the Elysee Palace on September 15, worked wonders for the job-seeker if not the president, whose approval rating has fallen below 30 percent, the worst since his election.

The footage triggered frenzied reactions online and in the media about the president's blunt talk and whether he was right to point out a mismatch between a French unemployment rate of 9 percent and thousands of unfilled vacancies.

"If you're keen and motivated, in the hotel trade, cafes, restaurants, construction even - there's nowhere I go that people don't tell me they're looking to hire," the 40-year-old president told Jahan, speaking frankly but not unkindly.

"Honestly. Hotels, cafes, restaurants - if I cross the road I can find you something. They simply want people who are ready to work."

It prompted a host of videos on social media showing people crossing the road to look for work, in some cases getting run down, in others finding fame and fortune.

(Except for the headline, this story has not been edited by NDTV staff and is published from a syndicated feed.)
Comments
Emmanuel MacronFrance jobsFrance President