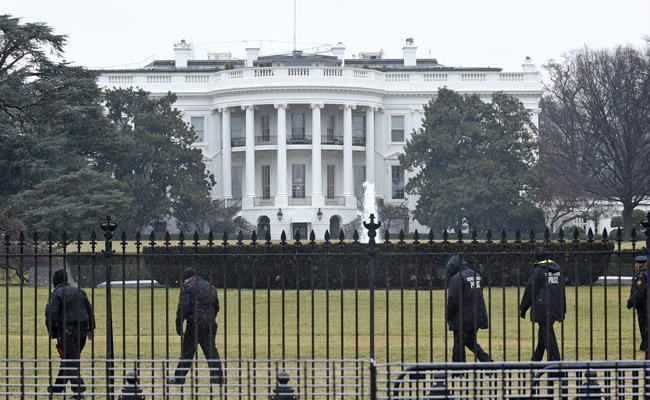 Washington:
The Secret Service has arrested a man who climbed a bicycle rack outside the White House grounds on Sunday, and he's been charged with unlawful entry.
Secret Service spokesman Brian Leary said the incident happened at a temporary bike rack on Pennsylvania Avenue on Sunday afternoon. The rack is set back from the White House fence, making it unlikely that anyone could use it to get over.
Leary said the man was turned over to District of Columbia police after his arrest.
Last week, authorities investigated the crash of a small drone on the White House lawn, controlled by a man who said he did not intend for it to go there.
Promoted
Listen to the latest songs, only on JioSaavn.com
Comments
White HouseBarack ObamaUSBrian LearySecret Service