Man, 37, Denied Food Delivery Because He Looked Under 25

Mr Wilford who has cystic fibrosis and diabetes had spent the last of his cash on the order. 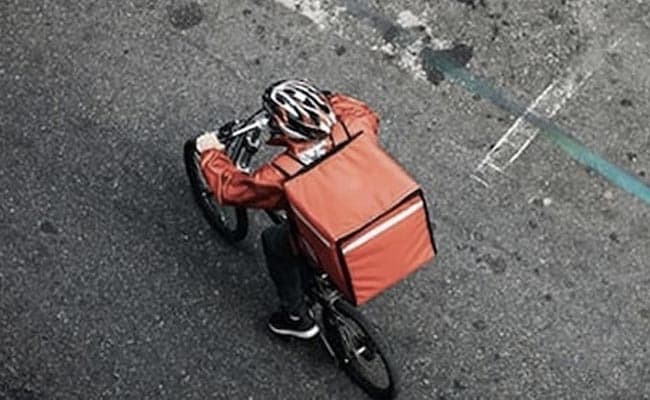 The situation left him with no money or food (Representative Image)

A 37-year-old man was denied grocery and food delivery because he looked like a minor. William Wilford of Middlesbrough was left stunned after finding out that he needs to have ID proof to receive Sainsbury's food delivery.

Mr Wilford who has cystic fibrosis and diabetes had spent the last of his cash on the order. The order was denied even though he had not ordered any alcohol or cigarettes, reported Metro.

The man even offered to show his birth certificate to the delivery driver but he was told that "he would have to rearrange the order." However, the supermarket chain helped him with a refund but he was informed at the time that it will take days for the payment to be processed.

The situation left him with no money or food. Metro reported that the man lives on his own and gets benefits due to his health condition. He says that the cost of living crisis is one of the things which is making it hard to make the ends meet.

He said, "On the day of delivery, the guy placed [the trays] at my door and asked for a photo ID for proof of age. I was like, there's no age-restricted items in there, no alcohol, no cigarettes or anything. He said it was policy and that he needs proof of photo ID." The delivery driver said that they couldn't make any exceptions even though Mr Wilford explained about his health.

"They said the best thing for them to do was to give a full refund, which I was fine with - I thought it meant I'd get the full refund straight away and I'd be able to go shop somewhere else." But then Mr Wilford received an email which said that he will receive the refund in 3-5 days. "I was out of food and pretty much just living on scraps for a couple of days," he told Metro.

The one-off payment from the government saved the man from not going hungry.

After the incident, Sainsbury issued an apology to Mr Wilford and launched an investigation into the case.