Malala Returns To Pakistan, Nearly 6 Years After Being Shot By Taliban

Malala has become a global symbol for human rights and a vocal campaigner for girls' education since she was shot at in her school bus by a gunman. 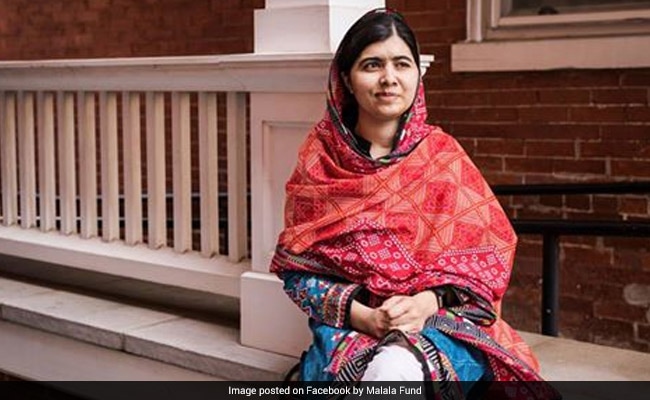 Islamabad: Nobel peace laureate Malala Yousafzai returned to Pakistan on Thursday, officials said, in her first visit to her native country since she was shot in the head by a Taliban gunman for advocating education for girls in 2012.

Precise details of her itinerary have been "kept secret in view of the sensitivity surrounding the visit," a government official said of the trip, which is expected to last four days and include a meeting with Prime Minister Shahid Khaqan Abbasi.

Accompanied by her parents, the 20-year-old student was escorted through Islamabad's Benazir Bhutto International Airport under tight security, according to still photographs broadcast on local television.

Malala has become a global symbol for human rights and a vocal campaigner for girls' education since a gunman boarded her school bus in the Swat valley on October 9, 2012, asked "Who is Malala?" and shot her.

She was treated for her injuries in the British city of Birmingham, where she completed her schooling.

Winner of the Nobel Peace Prize in 2014, she has continued her campaigning while pursuing her studies at Oxford University.

Many Pakistanis on Twitter were pleased that the campaigner had returned for the visit, despite ongoing security fears.

"I welcome #MalalaYousafzai the brave and resilient daughter of Pakistan back to her country," politician Syed Ali Raza Abidi wrote on Twitter.

But she remains controversial among some conservatives at home, who view her as a Western agent on a mission to shame her country.

One leading Pakistani journalist Hamid Mir issued a plea for opposition politicians and commentators not to use bad language when talking about the visit.

"International media is highly focused on her return and this (bad language) will damage Pakistan's image," he said.

Malala began her campaigning career aged just 11, when she started writing a blog -- under a pseudonym -- for the BBC's Urdu service in 2009 about life under the Taliban in Swat, where they were banning girls' education.

In 2007 the Islamist militants had taken over the area, which Malala affectionately called "My Swat", and imposed a brutal, bloody rule.

Opponents were murdered, people were publicly flogged for supposed breaches of sharia law, women were banned from going to market, and girls were stopped from going to school.

But it was only after the shooting, and Malala's subsequent near-miraculous recovery in a British hospital, that she became a truly global figure.

She opened a new Twitter account on her last day of school in July 2017 and now has more than a million followers.

"I know that millions of girls around the world are out of school and may never get the opportunity to complete their education," Malala wrote at the time.


(Except for the headline, this story has not been edited by NDTV staff and is published from a syndicated feed.)
Comments
Malala YousafzaiMalala visits PakistanMalala lands in Islamabad

US Fighter Jet Crashes In Florida During Test Flight, Second Accident In A Week