The victims of the terror attack at the London Bridge include a Canadian charity worker, an Australian nurse and a French bistro worker, while the injured came from a variety of countries including Bulgaria, Germany, Greece, Spain and New Zealand. 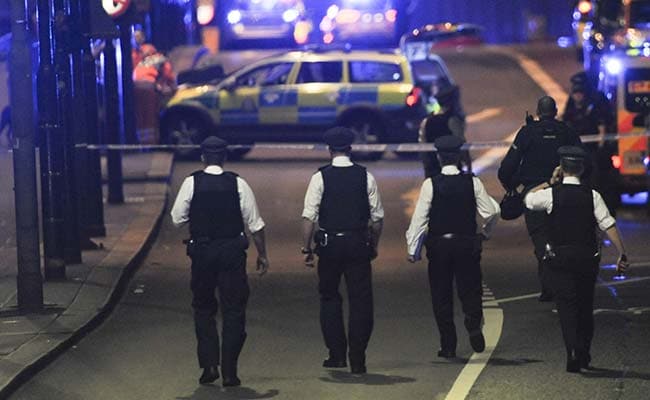 Seven people were killed in the London terror attack on Saturday. (AFP Photo)

London: Seven people were killed in Saturday's terror assault in central London and 48 taken to hospital after three assailants attacked an area thronged with international revellers.

The dead include a Canadian charity worker, an Australian nurse and a French bistro worker, while the injured came from a variety of countries including Bulgaria, Germany, Greece, Spain and New Zealand.

Here is what we know about the victims so far.

Christine Archibald, a 30-year-old Canadian, died in her fiance Tyler Ferguson's arms after the attackers' van mowed her down on London Bridge.

"My baby brother lost the love of his life," Cassie Ferguson Rowe wrote on Facebook.

"In a split second his entire life was ripped away from him. Hearing his painful sobs on the phone while he's alone trying to deal with this tears me apart."

Her family said in a statement that she respected everyone and worked in a homeless shelter before moving to Europe to be with her fiance.

"She would have had no understanding of the callous cruelty that caused her death," they said.

Nurse who ran towards danger

Australian staff nurse Kirsty Boden, 28, was killed as she ran to try to help the wounded on London Bridge, her family said in a statement.

She worked in post-operative care at Guy's and St Thomas' Hospital, right next to the bridge and Borough Market.

"She was the most outgoing, kind and generous person," her family said.

"As she ran towards danger, in an effort to help people on the bridge, Kirsty sadly lost her life. We are so proud of Kirsty's brave actions which demonstrate how selfless, caring and heroic she was."

Guy's chief nurse Eileen Sills said Boden was an "outstanding nurse" who "always went the extra mile" for her patients. Her colleagues called her "one in a million".

A Frenchman was killed in the attack, Foreign Minister Jean-Yves Le Drian said. He has not yet been formally identified but relatives have said his name was Alexandre.

He had family links in Saint-Malo on the northwest French coast but was not from the Brittany port town himself, local mayor Claude Renoult told AFP.

Local newspapers said the man lived in London and worked in Boro Bistro, a Breton-run restaurant in Borough Market.

A tribute note signed from the "Boro Bistro family", left at the scene of the attack, said in French: "Alex, I hope that the place where you are now will be even more beautiful and peaceful than the desert of Jordan. With all my love. Rest in peace."

Stopped for a smoke

Another victim is believed to be James McMullan.

The 32-year-old from Hackney, east London, was identified by a bank card found on his body, according to his sister.

He had been out with friends and had stepped outside for a smoke at The Barrowboy and Banker, a pub next to where the attackers crashed their van before launching their stabbing spree.

"While our pain will never diminish, it is important for us all to carry on with our lives in direct opposition to those who wish to destroy us and remember that hatred is the refuge of small-minded individuals," Melissa McMullan told Sky News television.

"He was an inspiration."

An off-duty, unarmed London policeman who was having a post-work drink rushed to help. He is now in hospital in a serious condition, police chief Cressida Dick said, adding that he had been "utterly heroic".

A British Transport Police officer, one of the first on the scene, was stabbed in the face, head and leg and taken to hospital. Two other officers were also wounded.

Ignacio Echeverria, a 39-year-old Spaniard and an expert in the fight against money-laundering at HSBC, was still missing, last seen trying to defend a woman from one of the attackers with his skateboard.

He was last seen lying on the ground and has not been heard from since.

Le Drian said two French citizens had been missing since Saturday's rampage and another eight were wounded.

Geoff Ho, business editor at the Sunday Express newspaper, was outside the Southwark Tavern pub. He tried to help a bouncer who was being attacked but was stabbed in the throat himself.

He is out of surgery and "on the mend", he tweeted.

Oliver Dowling, 32, from Christchurch in New Zealand, was in an induced coma after being stabbed in the face, neck and stomach. His girlfriend was also injured, reports said.

Promoted
Listen to the latest songs, only on JioSaavn.com
Two Australians were stabbed in the neck. Candice Hedge was recovering in hospital, while Andrew Morrison received stitches and was on his way home.

A Greek man, a Bulgarian man and German citizens were also among the injured.