The locals smashed the windscreen of the robbers' getaway car and punctured the tyres to stop them from leaving after the heist. 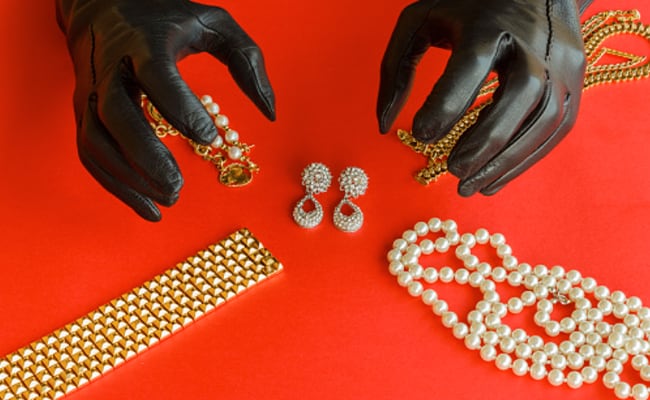 The robbers, who escaped after the jewellery heist, were arrested later. (Representational Pic)

People in Auckland came together to stop a group of hammer-wielding robbers who targeted a jewellery shop, according to a report in New Zealand Herald. A person standing near the shop captured the incident on mobile phone and the clip has been posted on social media. It shows several people trying to block the robbers' way who made an escape from Ellerslie Jewellers & Engravers. The scary video also shows two women narrowly escaping being run over by the getaway car.

The women were chasing the robbers across the road but were threatened with the hammer, the Herald report said. The women later told the outlet that they escaped unhurt.

The heist took place at around 4.30pm (local time) on Monday, according to police. Store owner John Rennell told the outlet that "big ticket items" were stolen, adding that his daughter was looking after the store when the robbery took place.

"We work all year to stockpile jewellery for the Christmas period, it is so disappointing to see it disappear in front of your eyes," Mr Rennell was quoted as saying by New Zealand Herald.

The exact value of the stolen jewellery is not known.

After the heist, the masked offenders rushed towards their car but the brave locals tried to smash its windscreen with a chair and puncture the tyre to prevent them from leaving.

The men, however, escaped in a blue hatchback that was parked outside, according to the Herald. They were, however, tracked down and arrested by the police later.

The cops took help of a helicopter to track the robbers' movement and zero in on their location.