Former South Korean President Lee Myung-bak faced charges that he accepted around $10 million in illegal funds from institutions like Samsung and his own intelligence service. 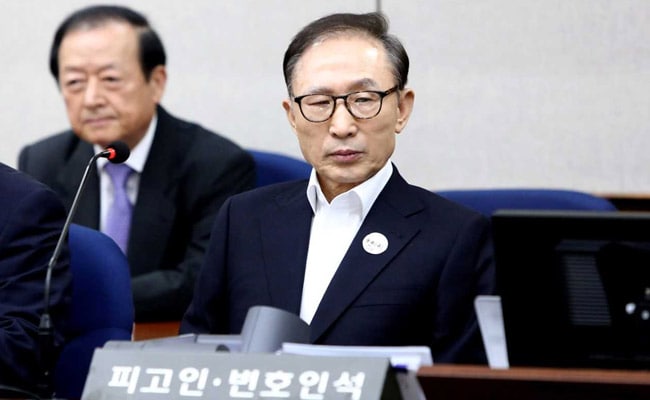 A Seoul court on Friday jailed former South Korean President Lee Myung-bak for 15 years for corruption, making him the latest in a string of high-profile political and business leaders ensnared by graft charges.

Lee, in office from 2008 to 2013, is the fourth former South Korean president to be jailed, with his successor Park Geun-hye imprisoned for her role in a separate corruption scandal that toppled her from power in early 2017 and also led to jail time for Samsung Group heir Jay Y. Lee.

Lee Myung-bak faced charges that he accepted around $10 million in illegal funds from institutions like Samsung and his own intelligence service, fuelling ongoing concerns over the cosy ties between government and business leaders.

The Seoul Central District Court found Lee guilty of embezzlement of about 24.6 billion won ($21.77 million) from a private auto parts maker headed by his brother, and accepting bribes from Samsung and others, fining Lee 13 billion won in addition to the jail sentence.

"Such actions from the president, the head of state and the leader of the executive branch, can be severely condemned as it does not stop at violating the fairness and integrity of the presidential office but undermines trust in the entire public office," judge Chung Kye-sun said.

Lee, 76, has denied any wrongdoing, saying the investigation that led to the trial was politically motivated "revenge" by current President Moon Jae-in, who came to office vowing to clean house after the Park scandal and who has previously criticised Lee over an investigation into another former president, Roh Moo-hyun.

Moon served as Roh's chief of staff, and the two liberal leaders had a close relationship before Roh committed suicide in 2009 after being questioned on corruption allegations during Lee's presidency.
Lee was not in attendance at the verdict, which was televised live. Prosecutors had sought a 20-year sentence for Lee.

(Except for the headline, this story has not been edited by NDTV staff and is published from a syndicated feed.)
Comments
Lee Myung-bakSouth KoreaSouth Korean President