Leaning Tower Of Pisa Has Withstood Earthquakes For Centuries. Now, Scientists Know Why

The leaning Tower of Pisa in northwestern Italy has managed to survive two world wars, millions of tourist visits and at least four strong earthquakes that have hit the region since 1280. 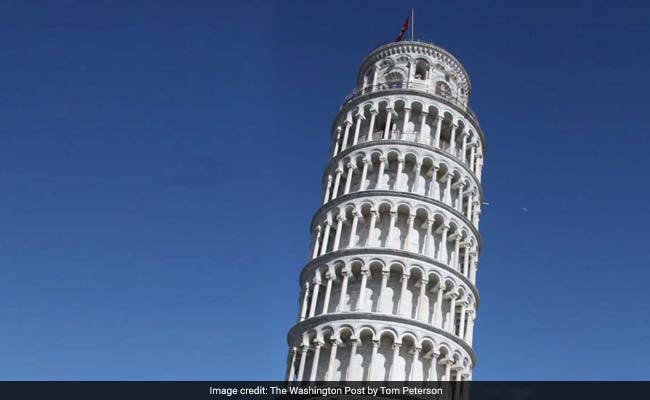 During a quake, the tower doesn't shake as much as the earth beneath it, in further defiance of gravity.

The Leaning Tower of Pisa and its 5.5 degree lean has vexed engineers for centuries.

Partially constructed on unexpectedly soft soil, the ancient bell tower began to lean before it was even finished, a historical goof that went on to become one of the world's historical oddities - and made the tower a UNESCO World Heritage site.

How can something so obviously structurally unsound endure in an earthquake-prone region for hundreds of years? People who assemble an IKEA cabinet and have 18 pieces left over don't expect to pass a wobbly Hemnes down to their great-grandchildren.

The tower in northwestern Italy has managed to survive two world wars, millions of tourist visits and at least four strong earthquakes that have hit the region since 1280, according to Phys.org. One of those quakes was greater than 6.0 on the Richter scale.

According to Phys.org, the engineers determined that the tower's height and stiffness, "combined with the softness of the foundation soil, causes the vibrational characteristics of the structure to be modified substantially, in such a way that the Tower does not resonate with earthquake ground motion."

So during a quake, the tower doesn't shake as much as the earth beneath it, in further defiance of gravity.

"Ironically, the very same soil that caused the leaning instability and brought the tower to the verge of collapse can be credited for helping it survive these seismic events," Mylonakis told the website.

The researchers have only released some of their findings. They expect to release the rest this month at the European Conference on Earthquake Engineering in Greece.

The tower's insulation from earthquakes does not mean it can metaphorically thumb its nose at nearby, earthquake-ravaged buildings.

It has continued to settle throughout its history and by the early part of the 20th century, was in real danger of falling.

In 1990, the Italian government closed the tower to visitors and began a decade-long restoration project, according to Smithsonian Magazine. Restorers put 900 tons of lead counterweights on the north side of the tower while they came up with a better plan to slow its descent.

As The Washington Post's Jane Morley wrote in 1998:

"The plan involves erecting a stationary A-frame structure on the north side and extending cables from it to a sort of sling or harness around the midsection.

"This is to hold the structure in place while crews gradually begin to remove small amounts of soil from the high north side. Presumably, this will cause that side to subside or sink slightly, rotating the tower back toward the north by about one-half of 1 degree."

Engineers also installed equipment that allows them to make adjustments to the water pressure beneath the tower, further controlling the tilt.

All that construction fixed the tilt a bit - to 3.9 degrees from 5.5 degrees - while still helping the building maintain its namesake lean.

But more importantly, it meant the tower wasn't in danger of toppling from the effects of gravity alone.

"It is extremely unlikely that the foundations of the tower will fail," John Burland, one of the leaders of the restoration project, told the magazine. If anything causes the tower to collapse "it is much more likely that it would be due to a very large earthquake."

Promoted
Listen to the latest songs, only on JioSaavn.com
Then again, maybe not.