Both pipelines have been flashpoints in an escalating energy war between Europe and Moscow that has pummelled major Western economies. 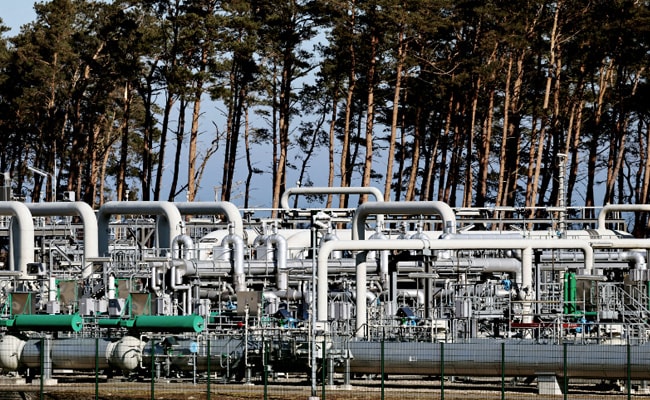 Neither pipeline was pumping gas to Europe at the time leaks were found. (File)

European countries on Tuesday scrambled to investigate unexplained leaks in two Russian gas pipelines running under the Baltic Sea near Sweden and Denmark, infrastructure at the heart of an energy crisis since Russia's invasion of Ukraine.

Sweden's Maritime Authority issued a warning about two leaks in the Nord Stream 1 pipeline, shortly after a leak on the nearby Nord Stream 2 pipeline was discovered that had prompted Denmark to restrict shipping within a five-nautical mile radius.

Both pipelines have been flashpoints in an escalating energy war between Europe and Moscow that has pummelled major Western economies and sent gas prices soaring.

Neither pipeline was pumping gas to Europe at the time leaks were found amid the dispute over the Ukraine war but both still contained gas under pressure. The incidents will hinder any effort to start or restart either pipelline for commercial operations.

"Yesterday, a leak was detected on one of the two gas pipelines between Russia and Denmark - Nord Stream 2. The pipeline is not in operation, but contains natural gas, which is now leaking," Denmark's energy minister Dan Jorgensen said in a written comment.

"Authorities have now been informed that there have been 2 more leaks on Nord Stream 1, which is also not in operation but contains gas," he added.

The new Nord Stream 2 pipeline had just been completed but had not entered commercial operations. The plan to supply gas via the pipeline was scrapped by Germany days before Russia sent troops into Ukraine in February.

"There are two leaks on Nord Stream 1 - one in Swedish economic zone and one in Danish economic zone. They are very near each other," a Swedish Maritime Administration (SMA) spokesperson told Reuters.

The leaks were located northeast of the Danish island Bornholm, the spokesperson said. It was not immediately clear what had caused the leaks.

"We are keeping extra watch to make sure no ship comes too close to the site," a second SMA spokesperson said.

The Baltic Pipe, a new subsea pipeline delivering Norwegian gas to Poland with an annual capacity of 10 billion cubic metres per day, is due to be inaugurated later on Tuesday.

Danish authorities have asked that the country's level of preparedness for the power and gas sector be raised after the leaks.

"Breaches of gas pipelines happen extremely rarely...We want to ensure thorough monitoring of Denmark's critical infrastructure in order to strengthen security of supply in the future," said the head of the Danish energy agency, Kristoffer Bottzauw.

The raised level would mean that companies in the power and gas sector have to implement measures to increase safety at for example plants, buildings, and installations.

Vessels can lose buoyancy if they enter the area, and there may be a risk of ignition over the water and in the air, said the Danish energy agency, adding there were no security risks associated with the leak outside the exclusion zone.

It said the gas leak would only affect the environment locally, which means that only the area where the gas plume in the water column is located would be affected.

There would be a climate-damaging effect from the escaping methane gas escaping into the air, it said in a written comment.