Kremlin Likes The Hacking Attention, But Not The Blame 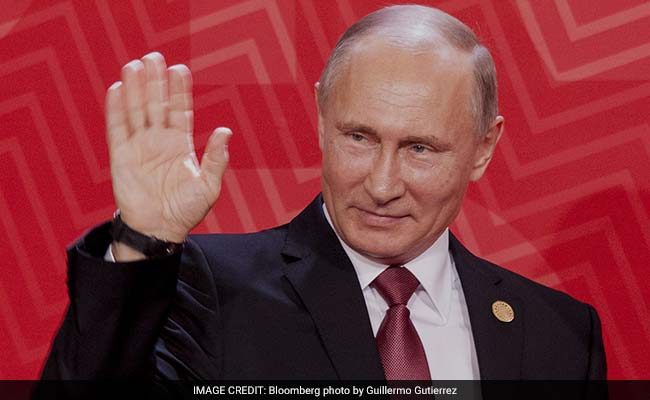 Russia needs the US to be, if not a friend and a partner, then a neutralized, inward-looking force

The Russian leader is winning because the post-Cold War order he has railed against has been thrown into chaos, and the Kremlin's fingerprints are widely seen to be all over it.

A year ago, Russia faced a united Europe, an expanded NATO alliance, a paucity of geopolitical allies and the possibility of four more years of poor relations with the United States under a Hillary Clinton presidency.

Today, Putin's military contingent in Syria just helped the government essentially retake Aleppo. The CIA has concluded that his hackers worked to help elect Donald Trump, who has dismissed commitments to Europe and touted better ties with Russia.

In Washington, London, Berlin and Paris, Soviet-style propaganda is back. It's been thoroughly updated, though, and comes packaged as fake news, cyberattacks and WikiLeaks. Whether or not the Kremlin is guilty of doing all the things Western accusers say it is, Russia is now considered a master purveyor of geopolitical disorder. And that, for Putin, is a win.

"Of course the Kremlin likes the fact of such an atmosphere of chaos," Gleb Pavlovsky, a former Putin adviser, said in a recent interview. "Because we are traders of chaos. We sell it, and the more chaos there is in the world, the better it is for the Kremlin."

But Putin's successes, if that is what they are, are tactical and temporary, said Fiona Hill, a Brookings Institution scholar and co-author of a biography of the Russian leader. For years, Putin has been the world's leader in geopolitical disruption, and the United States under President Obama has been a predictable force and therefore an easy target, she said. If Putin really did contribute to Trump's victory, he may just have handed his crown over to his biggest rival.

"The land of unpredictability and surprise is the land that Putin and the Kremlin have inhabited for the last part of the last 10 years," Hill said. "But now they're not alone. Trump is going to be the great disrupter."

In the long run, Russia needs the United States to be, if not a friend and a partner, then a neutralized, inward-looking force, she said: "No one knows if Trump is going to make it that."

Putin has consistently spoken about the need for modern Russia to have friends. Unlike during the Cold War, Russia is not trying to transform the world order with its own ideology. Russia does not need world revolution. It needs to parlay its status as a master of disruption into a magnet for business partners.

In this sense, Trump's victory is "a tactical victory for Putin," said Andrei Kolesnikov, a senior associate at the Carnegie Moscow Center, but also "one that comes with exaggerated expectations" because of the inability to predict what a Trump presidency will bring. "In some sense, it's dangerous," Kolesnikov said.

Case in point: Trump's choice of ExxonMobil head Rex Tillerson, whose ties to Russia include major oil deals and a 2013 Order of Friendship award, as secretary of state. Some Russian officials have had trouble hiding their satisfaction with a choice that appears to showcase Russia's newfound influence.

"One can assert with more certainty that it is the attitude toward Russia that has become one of decisive factors in the final choice in favor of the businessman from ExxonMobil, who has such obvious ties and interests with respect to our country, [and who is] an opponent of the anti-Russian sanctions," said Konstantin Kosachyov, head of the Committee on International Affairs in the upper house of the Russian parliament.

The trouble with all this Russian gamesmanship, Pavlovsky said, is that it is making enemies among people with long memories. And that is the paradox at the heart of the Putin worldview. Russia's leaders may enjoy watching the West chase its tail looking for clues of Kremlin meddling, but Moscow does not want to shoulder the blame.

"The fact that there are people who are convinced that Russia acted on behalf of Donald Trump is frightening," one senior Russian official, who spoke on the condition of anonymity because he is not authorized to speak to the press, said Tuesday. "In the long run it could be very dangerous for people to think that Russia may interfere with other people's elections."

This explains the considerable efforts on the part of Putin and his aides to temper their enthusiasm for the new administration, at least in public. Consider Kremlin spokesman Dmitry Peskov's reaction to Trump's choice of Tillerson.

"It's absolutely illogical to make any forecasts, not to mention to cherish some dreams, that everything will all of a sudden change instantly and everything that couldn't gain traction and was barely moving will suddenly follow some amazingly successful scenario," Peskov said. "We are sober enough and realize that this won't happen."

Similarly, Putin and his aides repeatedly and vehemently deny allegations of interference in the Brexit vote, as well as the U.S. intelligence accusation that the Russian government helped provide WikiLeaks with hacked emails from the Democratic National Committee and Clinton's campaign staff. They also deny any intention to interfere in upcoming German elections.

Putin dismissed the U.S. allegations as "hysteria" intended "only to distract the attention of the American people from the substance of what hackers had put out."

On Wednesday, Peskov called the charges "myths, bedtime stories and boogeymen" and suggested that unsuccessful politicians in the West are trying to blame Moscow for their failures.

The allegations have not hurt Putin's approval rating at home, which jumped from 81 percent in June to 86 percent in November, according to the Moscow-based Levada Analytical Center.

Every time accusations of campaign interference fly, the Kremlin charges hypocrisy (American advisers helped Boris Yeltsin win reelection in 1996). And it has brought up another good old tool, denying it all - sanctions, hacking suspicions, the international sports doping scandal - as Russophobia.

"You all know that we have encountered attempts to pressure us from abroad over these last years," Putin said in his annual address to parliament this month. "They have used every means, from spreading myths about Russian aggression, propaganda and meddling in others' elections to persecuting our athletes, including our Paralympic athletes."

The approach seems to be working. A poll published in November by the Chicago Council on Global Affairs and the Levada Center found that only 23 percent of Russians say they have a positive view of the United States.

"The majority of Russians doesn't even believe in the doping affair, not to mention this interference in the American elections," Kolesnikov said. And many who believe it appreciate "the image of Putin as a strong, cunning man."

"This is a win-win strategy for the Russian president," he said.

At least for now.

Promoted
Listen to the latest songs, only on JioSaavn.com
(Natalya Abbakumova contributed to this report.)