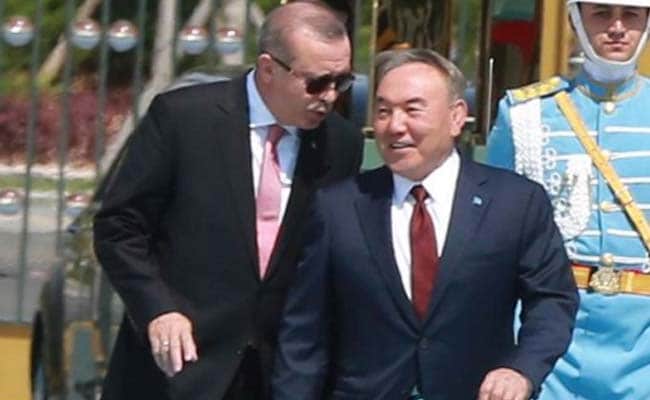 Ankara, Turkey: Kazakhstan's President Nursultan Nazarbayev vowed today to send anyone working or studying at schools linked to US-based preacher Fethullah Gulen back to Turkey should they be found to have "terror links".

Erdogan blames the reclusive cleric for orchestrating the July 15 failed attempt to unseat him, and has asked Astana to "take a step" after handing over a list of Gulen-linked schools.

Erdogan has said there are 33 Gulen-run schools in the Central Asian republic.

Nazarbayev, who is the first head of state to visit Turkey since the putsch attempt, stopped short of saying he would shut the schools down.

"If anyone among them is linked with terrorism... we will respond to Turkey's demands," Nazarbayev told reporters during a joint press conference with Erdogan.

Gulen strongly denies the accusation that he ordered a coup, insisting that the movement he leads promotes peace, education and moderate Islam.

Nazarbayev said the schools in Kazakhstan "are under state control".

"We do not support anyone going against Turkey. This is not in our interest. Both sides' education ministries will control the schools by creating a working group," he said.

"If there are teachers with links, we will send them back and ask the Turkish government to send other teachers."

Kazakhstan and Kyrgyzstan are the only two countries in the mostly Turkic-speaking Central Asian region where Gulenist educational institutions still have a significant presence.

Less than two weeks after the coup, Turkey warned ex-Soviet Kyrgyzstan of the risk of a coup, claiming Gulenists had infiltrated every state institution in the country.

Kyrgyzstan's foreign ministry responded by saying it would take note of warnings on education but reminded Ankara it was an "independent, sovereign state".
Comments
Fethullah GulenKazakhstan's President Nursultan NazarbayevErdogan