Kazakhstan Unrest: Kazakhstan President Kassym-Jomart Tokayev said, "Armed militants who were waiting in the wings joined the protests. The main goal was obvious... It was an attempted coup d'etat". 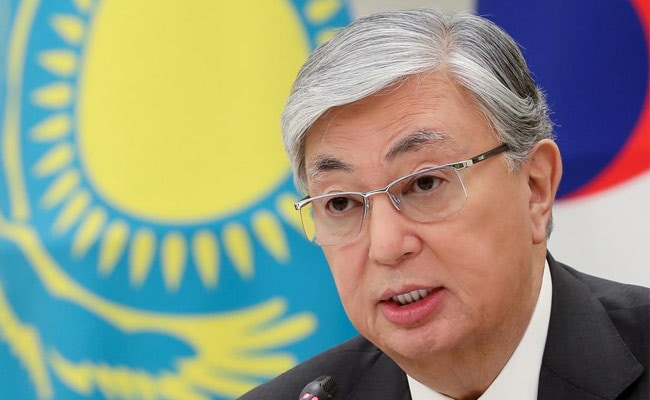 Kazakhstan President Kassym-Jomart Tokayev on Monday described days of historic unrest in his Central Asian country as a coup attempt and vowed his security services would never shoot peaceful protesters.

"Armed militants who were waiting in the wings joined the protests. The main goal was obvious: the undermining of the constitutional order, the destruction of government institutions and the seizure of power. It was an attempted coup d'etat", he said.

Ex-Soviet Kazakhstan has been left reeling in the wake of unprecedented unrest that erupted earlier this month in the midst of protests over a fuel price hike in the west of the country.

Dozens have been killed in the unrest and the interior ministry said earlier Monday that nearly 8,000 people had been detained in operations executed by several branches of the security services.

During a meeting with the leaders of other former Soviet countries, Tokayev said his security forces would not shoot protesters rallying peacefully.

"We have never fired and will never fire on peaceful demonstrators," he said.

During the unrest, the Moscow-led CSTO military alliance sent a detachment of 2,500 troops to the country following a request from Tokayev.

The Kazakh president said on Monday, during a meeting with leaders of CSTO countries -- including Russian leader Vladimir Putin -- that the Russian-led mission in Kazakhstan would end "soon".