In total 14 victims were taken to the hospital, one of whom was "walking wounded" and able to leave quickly after being seen by emergency staff. 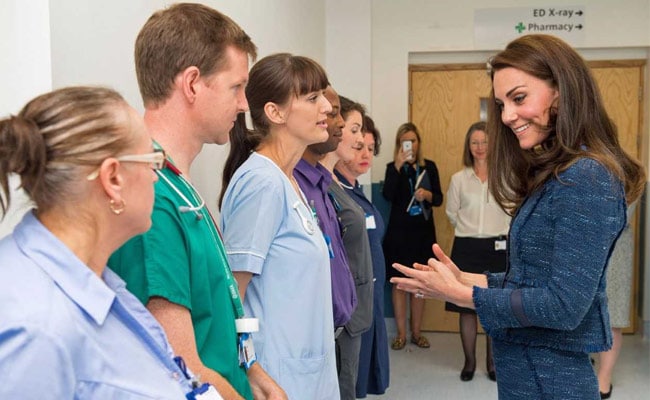 London: Kate Middleton, the Duchess of Cambridge, made a surprise visit to London terror attack victims at a hospital in the city today.

The wife of Prince William arrived at King's Hospital, south-east London, hospital for a visit that was not publicised in advance to enable staff to continue to treat those affected without disruption.

In total 14 victims were taken to the hospital, one of whom was "walking wounded" and able to leave quickly after being seen by emergency staff.

The remaining 13 required treatment for stab wounds of varying severity. Seven were in a critical condition and are still receiving round-the-clock treatment.

The Duchess of Cambridge met staff who were on shift in the emergency department at the time of the terror attack, as well as those working on the trauma ward.

She spoke to six patients who are still being treated at the hospital and also to doctors and nurses who were working on the night of the atrocity.

Almost 50 people were injured in the attack, which took place in London Bridge and Borough Market area of London on June 3.

Armed police marksmen descended on the scene and shot the three suspects dead.

Promoted
Listen to the latest songs, only on JioSaavn.com
The ISIS had claimed responsibility for the attack.

Scotland Yard are currently questioning seven suspects in connection with the investigation into the attack.