The jury award is the biggest yet against J&J, which has lost most of a half-dozen trials involving claims that its baby powder and Shower to Shower powder cause ovarian cancer. 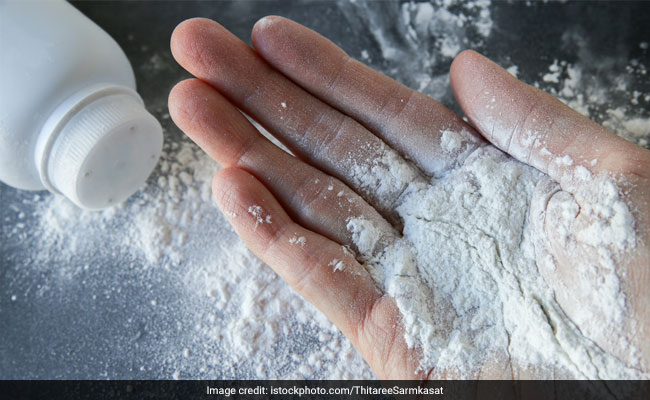 Does talcum powder cause ovarian cancer?

A Los Angeles jury thinks so. This week it ordered Johnson & Johnson to pay $417 million to 63-year-old Eva Echeverria. She blamed her terminal illness on Johnson's Baby Powder, which she used for decades starting at age 11. The company should have warned consumers about the risk, she argued.

The jury award is the biggest yet against J&J, which has lost most of a half-dozen trials involving claims that its baby powder and Shower to Shower powder cause ovarian cancer. The company denies there's a connection between its products and the disease and quickly said it would appeal the Los Angeles verdict. Lawsuits involving thousands more plaintiffs are pending.

Medical and cancer experts divide sharply on talc's role. Some are convinced the powder is linked to an increased risk of ovarian cancer. Others, including government health experts, say the evidence is lacking.

"The scientific body of literature is not compelling at this time to support a strong association between talcum powder and ovarian cancer, let alone to say that any one specific case was associated with powder," said Amanda Fader, a gynecologic oncologist at Johns Hopkins University who was not involved in the studies.

The American Cancer Society says that studies on talcum powder and ovarian cancer "have been mixed, with some studies reporting a slightly increased risk and some reporting no increase . . . For any individual woman, if there is an increased risk, the overall increase is likely to very be small."

The National Cancer Institute (NCI) concludes that "the weight of evidence does not support an association between perineal talc exposure and an increased risk of ovarian cancer."

Yet Fader and others aren't ruling out the possibility that a link might someday be established. The Food and Drug Administration, which says it has found no link, is doing additional research on the topic.

Talc, a mineral composed of magnesium, silicon, oxygen and hydrogen, is used extensively in cosmetics and personal care products. Women sometimes use talcum powder on their genital areas, sanitary napkins or diaphragms to absorb moisture and odor - contrary to the guidance of most physicians. (Asbestos, which has been linked to lung cancer, used to turn up as an impurity in talc, but it has been banned for several decades.)

Many pediatricians also discourage the use of such powder on babies because the particles can cause breathing problems, according to Jennifer Lowry, a pediatrician and environmental health expert at Children's Mercy Hospital in Kansas City.

More than 22,000 women in the United States will be diagnosed with ovarian cancer this year, and 14,000 will die. The biggest risk factors, all well established, include a family history of breast or ovarian cancer, mutations in the BRCA genes and age.

The debate over talc began decades ago. In the early 1970s, scientists discovered talc particles in ovarian tumors. In 1982, Harvard researcher Daniel Cramerreported a link between talcum powder and ovarian cancer. His study was followed by several more finding an increased risk of ovarian cancer among regular users of talcum powder. Cramer, who at one point advised J&J to put a warning on its products, has become a frequent expert witness for women suing the company.

His studies and the many others that have found a relationship used a case-control approach. A group of women diagnosed with ovarian cancer and a group without it were asked to recall their past diet and activities, and the results were then compared.

Critics say these kinds of studies have serious drawbacks, particularly "recall bias." Women may forget what they did or, if diagnosed with cancer, might inadvertently overestimate their use of a suspect substance. People without a serious disease may be less motivated to remember details.

Three other studies - considered cohort studies - did not find any overall link. Unlike the case-control studies, these efforts began with a large group of women who did not have cancer and followed the progress of their health, with participants recording what they were doing in real time. The results of this approach, most scientists say, are stronger because they aren't subject to the vagaries of memory.

One such study included more than 61,000 women followed for 12 years as part of the National Institutes of Health's well-respectedWomen's Health Initiative.

But critics, including Cramer, say these investigations have their own flaws. Because ovarian cancer is so rare, they say, prospective studies don't always end up with enough cancer cases to detect a potential link between talcum powder and the disease.

And evidence can change as new research becomes available. That explains why the NCI, which uses expert "editorial boards" to vet the voluminous information it puts out for doctors and consumers, has amended its language on talc.

In February 2014, one editorial board reviewed an analysis of several case-control studies that found genital-powder use was associated with a "modest increased risk" of ovarian cancer. The board decided to add the article to the NCI website and noted a weak association between talc and ovarian cancer. It also added a link to the website of the International Agency for Research on Cancer, a World Health Organization agency that had concluded years ago that talcum powder was "possibly carcinogenic," when used in the genital area.

But a year later, the same board scrutinized the Women's Health Initiative study and took another look at previous studies. That's when it changed the wording on the NCI's site to say the "weight of evidence" did not support a link. The board also removed the IARC information.

The FDA has wrestled with the issue, too. In 2014, it denied a citizens' petition asking the agency to require a warning label on talcum powder; its review of the scientific literature found no link between the product and cancer, officials said.

But because the agency continues to get "adverse event reports" involving talcum powder, it is taking another look at the evidence and launching its own laboratory research. The summary for one study, funded by the FDA's Office of Women's Health, says that "talc's effects on female genital system tissues have not been adequately investigated."

In a statement after the Los Angeles verdict, J&J said that "we deeply sympathize with the women and families impacted by this disease." But, it added, the science "supports the safety of Johnson's Baby Powder."

No matter what side they are on, scientists agree that more research - through lab studies with animals or human tissue - is needed to understand how talcum powder could potentially cause cancer. One hypothesis is that talc applied to the genital area can migrate up the vagina to the ovaries, causing chronic inflammation that eventually results in malignancies. But that is only a hypothesis.

Promoted
Listen to the latest songs, only on JioSaavn.com
"We need to dig deeper to understand what's going on," said Joellen Schildkraut, a professor of public health sciences at the University of Virginia School of Medicine, who says she is uncertain about talc's effect on the ovaries. "We really need to understand the mechanism, if there is one."