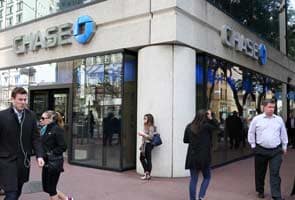 New York City: JP Morgan Chase is being investigated by US authorities over claims the bank hired the children of influential Chinese officials to secure business in the country, the New York Times reported on Saturday.

The Times reported on its website, citing a confidential United States government document, that a bribery investigation had been opened to study the allegations.

The paper cited one case where the bank hired the son of Tang Shuangning, a former Chinese banking regulator who was now chairman of the state-run China Everbright Group financial conglomerate.

The paper reported that JPMorgan secured a succession of sought-after deals from China Everbright after hiring the son, Tang Xiaoning.

The Times report said the Hong Kong office of JPMorgan had also hired the daughter of a Chinese railway official.

The official in question was later arrested in connection with a bribery scandal, according to the document cited by the Times.

It said the daughter's hiring came as The China Railway Group's selected JPMorgan to advise it on becoming a public company.

China Railway later raised a staggering $5 billion when it floated in 2007.

The civil investigation by the Securities and Exchange Commission's anti-bribery unit had not previously been disclosed.

The Times however said the government document did not show a clear link between JPMorgan's hiring policy and its ability to secure business.

Promoted
Listen to the latest songs, only on JioSaavn.com
The records also did not suggest that the hired employees were unqualified, or that they necessarily helped JPMorgan secure business. The bank has not been accused of any wrongdoing, the paper added.

"We publicly disclosed this matter in our 10-Q filing last week and are fully co-operating with regulators," a JPMorgan spokesman was quoted by the Times as saying.