Her Job With The MS-13 Robbery Gang: Clean The Weapons, Remove Evidence 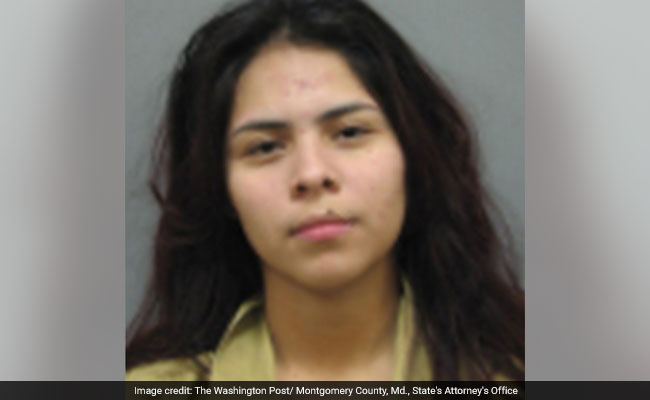 Ramirez joined MS-13 as a teenager, according to evidence at her trial.

Josselin Ramirez faced long odds as her trial drew to a close.

Prosecutors in Montgomery County, Maryland, had tied the 20-year-old to an armed MS-13 robbery crew, showing that she helped them case businesses ahead of heists and cleaned the weapons to remove evidence after the robberies. Jurors had watched a video of Ramirez speaking to detectives about her earlier gang life in her native El Salvador, and about how she'd lured a policeman there into an MS-13 ambush. "He was shot in the head," she said.

Then, on June 28, Ramirez did what few courtroom regulars could recall ever seeing: She asked that the proceedings be halted, consulted with her attorney, had him talk to prosecutors, and then, through her lawyer, announced that she was guilty - just two hours before a jury was to start deliberating on a verdict and without any agreement upfront from prosecutors to be credited in any way for her plea.

"All right," said Montgomery County Circuit Judge John Maloney, who asked whether the change came about because prosecutors had agreed to drop some of the robbery and gang-related charges that Ramirez faced. "Is there a plea agreement?"

"No," said her attorney, Timothy Clarke.

"That's correct," Clarke said. "We tried to reach a plea agreement, but the state did not wish to do that."

After that last-minute admission of guilt, Ramirez was back before Maloney on Thursday for sentencing. She faced a total of up to 105 years in prison. Maryland's nonbinding sentencing guidelines for the case recommended a range of nine to 24 years, said Montgomery County state's attorney spokesman Ramon Korionoff.

Ramirez was given a total of 95 years on six charges as Maloney told her, "You are a scary human being."

The robbery crew with which Ramirez is associated is suspected in more than a half-dozen robberies in the Washington region. Four or five armed members of the crew would enter a business and be out within minutes.

Ramirez sat silent and with her head in her hands as Clarke argued she should be placed on parole and quickly deported.

Ramirez joined MS-13 as a teenager, according to evidence at her trial. "How old were you?" she was asked in Spanish during a police interview.

"I was 13," she said, according to the evidence. She admitted to helping MS-13 kill a policeman in El Salvador, and helping kill a rival gang member there, trial evidence showed.

Clarke said she was drawn back into gang activity when an associate in the United States encountered her and recruited her, and she eventually had a child with him.

Assistant State's Attorney Teresa Casafranca said Ramirez "willingly embraced the violence that is MS-13," adding that she never told police that she was forced or coerced back into gang activity. Casafranca said that although Ramirez could be deported, the state would have no way to control her actions or prevent her from returning to the United States.

Maloney, the judge, said he was puzzled about why Ramirez would commit such "horrific crimes" if she had intended to leave that lifestyle behind.

"You embraced the lifestyle again. It doesn't make sense to me, and I'm having trouble understanding," Maloney said. "You need to be housed away so you can't harm others."

At the time of her arrest last year, Ramirez was living in Alexandria, Virginia, having just moved from Temple Hills, Maryland, according to court records. She had begun living in the area several years earlier, after coming from El Salvador in 2013, according to court files. Immigration officials said recently that she is in the country illegally.

The guilty plea appears to have eliminated the chance that prosecutors might play an audio recording for jurors of a telephone call Ramirez made from jail to her mother in the week of the trial.

"She indicated that she was going to be found guilty," Assistant State's Attorney Patrick Mays said at the time of Ramirez's plea, describing the contents of the recording. "And she was going to jail for quite some time, that there were photographs."

The photos, Mays said during the plea, showed Ramirez holding guns, including one weapon that was used in a robbery. Other photos showed Ramirez displaying MS-13 hand signs, prosecutors said.

The incidents were September robberies of a food truck between Wheaton and Rockville, Maryland, and of an Exxon station in the area, then a Nov. 3 robbery at a cellphone and check-cashing operation in downtown Wheaton. The Exxon robbery was the largest of those, with $120,000 taken, police said.

The robbery suspects were caught Nov. 3 after police spotted them during a stakeout, pursued them onto the Capital Beltway and their van crashed. One suspect, police say, was killed when he fled the disabled van and was struck by a police car.

In statements after her arrest for the robberies, trial evidence showed, Ramirez had said gang life in El Salvador "was very ugly," and that "things are very different over there."