US Election Debate: This time, moderator Kristen Welker, a White House correspondent, was armed with a mute button to ensure that each man can speak uninterrupted during portions reserved for statements. 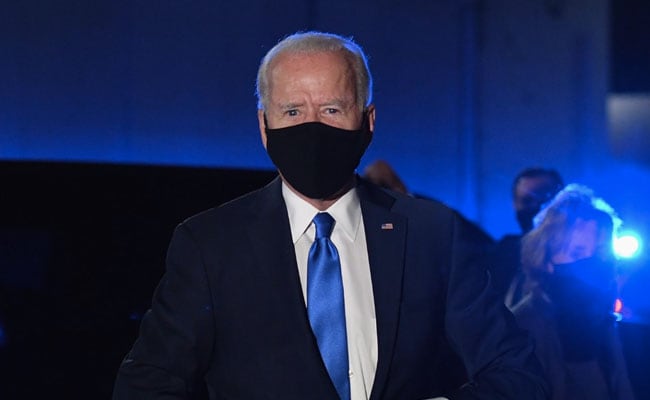 US Presidential Debate: Biden assailed Trump as having no plan to stop a "dark winter" of Covid deaths

Joe Biden on Thursday assailed US President Donald Trump as having no plan to stop a "dark winter" of coronavirus deaths as they sparred in their last head-to-head clash 12 days before the election.

With more people dead in the United States than in any other country, Trump insisted that Covid-19 would soon go away through medical breakthroughs and pointed to his own recovery since his first debate.

"220,000 Americans dead. If you hear nothing else I say tonight, hear this," Biden said at the televised debate in Nashville, where the two candidates avoided shaking hands due to safety risks.

"Anyone who's responsible for that many deaths should not remain as president of the United States of America," Biden said.

After a strikingly bitter first debate, the tone initially changed, with the debate organizers empowered to mute the candidates' microphones.

Trump hit back that there would be no "dark winter" -- and defended his push to reopen the United States as soon as possible.

"We have a vaccine that's coming, it's ready, it's going to be announced within weeks."

Trying to hold on to his sizeable lead in the polls, Biden was keen to keep the debate focused on the Covid-19 pandemic.

With cases rising rapidly around the country as winter approaches, a Quinnipiac University poll Thursday found that nearly six in 10 people think the coronavirus is out of control.

Trump's demeanor changed in the first moments of the debate, with the normally combative tycoon speaking of his son's Covid diagnosis and not immediately going on attack.

But Trump was soon dusting off smear tactics he used against Hillary Clinton four years ago.

As he had signalled he would do before the debate, Trump raised murky accusations that Biden profited from corrupt business relationships involving his son Hunter during the years that he served as vice president under Barack Obama.

"I think you owe an explanation to the American people," Trump charged -- to which Biden responded that he had never received "a penny" from foreign sources in his life.

Whether the showdown at Belmont University in the country music capital can really shift the election is itself up for debate.

Some 45 million Americans are estimated to have joined an unprecedented wave of early voting and polls indicate that almost all voters have already firmly made up their minds. Biden is steadily ahead, with the Quinnipiac University national poll putting him up at 51 percent to Trump's 41.

But the sheer ferocity of an election that has seen a country at its most divided in decades made the debate anything but predictable.

The first 90-minute Trump-Biden debate on September 29 erupted into an almost non-stop flurry of interruptions, insults and near-shouting.

A majority of the disruption came from Trump. At one point, Biden turned to the president and told him to "shut up."

A second debate planned for October 15 was cancelled after Trump came down with Covid-19 and declined to take part in a virtual debate.

This time, moderator Kristen Welker, a White House correspondent for NBC News, was armed with a mute button to ensure that each man can speak uninterrupted during portions reserved for statements.

But Trump showed his willingness to play hardball by inviting as a guest to the debate Tony Bobunlinski, who says he was a former business associate of Hunter Biden and believes Joe Biden profited from his son's business in China.

Biden has denied any wrongdoing and calls the reports about his son a last-ditch attempt to change the course of the election with dirty tricks.

The Biden campaign in a statement noted that the former vice president -- unlike Trump -- has released his tax returns and pointed to a recent New York Times report that Trump has a secret bank account in China.

"This is a desperate, pathetic farce executed by a flailing campaign with no rationale for putting our country through another four years of hell," campaign spokesman Andrew Bates said.

Trump was impeached last year by the House of Representatives for abusing his office in pursuit of compromising dirt on Biden's family. He is also accused of multiple sex crimes and has seen numerous key associates during his presidency go to prison or be indicted.