Jens Stoltenberg emphasized that China has the second largest defense budget in the world, the biggest navy, and is investing massively in new military materiel, which "affects our security." 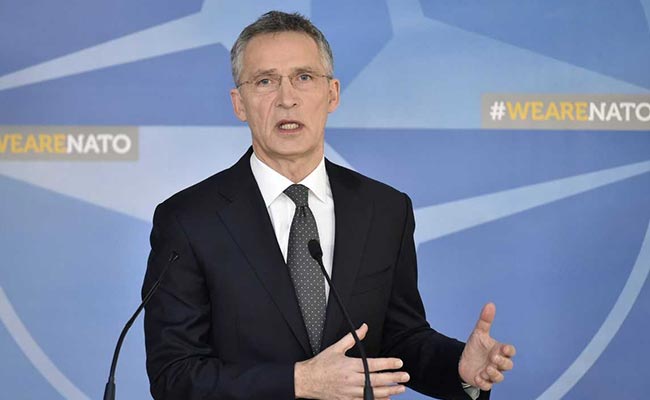 Jens Stoltenberg said: it's important for NATO to strengthen our policy when it comes to China. (File)

Leaders of NATO countries should forge a stronger common policy toward an increasingly dominant China, the alliance's secretary-general said Sunday on the eve of a NATO summit in Brussels.

In an interview with Canadian public network CBC, Jens Stoltenberg emphasized that China has the second largest defense budget in the world, the biggest navy, and is investing massively in new military materiel, which "affects our security."

"China does not share our values. We see that in the way they crack down on democratic protests in Hong Kong, how they oppress minorities like the Uyghurs" in western China, as well as how they use modern technology to monitor their population "in a way we have never seen before," Stoltenberg said.

"So all of this makes it important for NATO to develop a policy, to strengthen our policy, when it comes to China."

His remarks came as the just-ended G7 summit in Britain took a stronger collective stance toward China than ever before, calling on Beijing to "respect human rights and fundamental freedoms" and allow free navigation in the South China Sea.

Stoltenberg, in his interview, acknowledged that it was important for other countries to deal with China on common problems like climate change and arms control.

Ottawa has called the men's detention "arbitrary," viewing it as reprisal for Canada's arrest, at US request, of an executive of Chinese telecommunications giant Huawei.

"When a country does something they don't like, they react in aggressive ways," Stoltenberg said of China.

The secretary-general acknowledged that there had been some "challenging discussions" among NATO allies during the Trump administration. But he said the alliance remained "extremely robust and strong."

Trump often complained that other NATO members were not paying their fair share of the common defense load and even reportedly spoke of leaving the alliance.

But now, Stoltenberg said, "we have a US president, President Biden, who is strongly committed to NATO, to European security, and is ready to invest more in NATO."

Biden arrived in Brussels from Britain on Sunday, as leaders of the 29 other NATO member countries were converging there for the Monday summit.