Jennifer Lopez On Her 2004 Breakup With Ben Affleck: "Felt Like I Was Going To Die"

Speaking on her relationship with Ben Affleck, Jennifer Lopez described her journey from heartbreak to "real love." 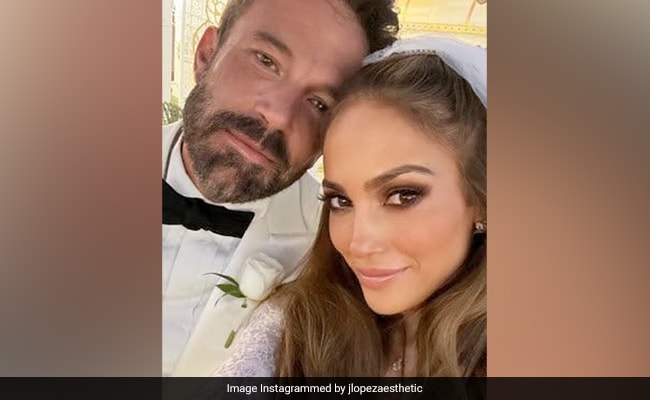 Lopez has opened up on her relationship ending with Ben Affleck the first time around.

Jennifer Lopez, the American singer and actress, has termed calling off her initial engagement to Ben Affleck the "biggest heartbreak" of her life, according to Page Six. In a new interview with Apple Music 1, the "Marry Me" singer reflected on her rekindled romance with the "Deep Water" actor and recalled the pain she felt after they ended their first engagement in 2004.

"It was so painful after we broke up," Lopez, 53, told host Zane Lowe. "Once we called off that wedding 20 years ago, it was the biggest heartbreak of my life. I honestly felt like I was going to die."

"It sent me on a spiral for the next 18 years where I just couldn't get it right. But now, 20 years later, it does have a happy ending. It has the most ‘would never happen in Hollywood' ending," the singer was quoted as saying.

The Gigi co-stars were engaged back in 2002. However, it ended in a split two years later. After establishing a new connection in April 2021, Jennifer and Ben began dating again and got married in July of this year in Las Vegas.

"We captured me at this moment in time when I was reunited with the love of my life and we decided we were going to be together forever," the "Let's Get Loud" singer explained. "The whole message of the album is, ‘This love exists. This is a real love.'"

"Now I think what the message of [the album] is: if you have, like me at times, lost hope, almost given up, don't," Lopez told Lowe. "True love does exist, and some things do last forever, and that's real. I want to put that message out into the world, and that does take a lot of vulnerability."