Mercedes Wedaa, who joined the billionaire Amazon co-founder's staff in 2019, claimed she sometimes worked 10 to 14 hours a day, without rest. 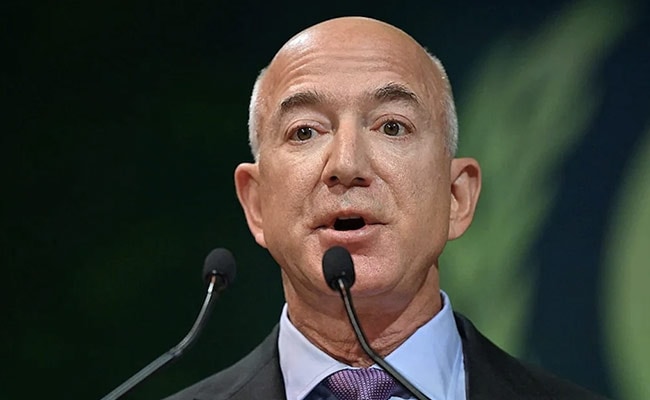 The ex-housekeeper alleged that she was not allowed to take legally required breaks.

Trouble has mounted for Amazon co-founder Jeff Bezos as he has been slapped with a lawsuit by a former housekeeper who claims she was subject to racial discrimination by his staff and forced to work long hours in unsanitary conditions. According to a report in Mashable, Mercedes Wedaa, who joined the billionaire founder's staff in September 2019, stated that she sometimes worked 10 to 14 hours a day, without rest or meal breaks. Detailing her plight complaint filed Tuesday in Seattle court, the ex-housekeeper alleged that she was not allowed to take legally required breaks and was not given adequate access to the bathroom during her job.

The claims are part of a suit filed not just against Mr Bezos, but also two other entities through which the Amazon founder manages his personal investments and properties, Zefram LLC and Northwestern LLC, the outlet further said.

Housekeeping staff would try to eat in a laundry room, and were prohibited from using a toilet in a nearby security room, forcing them to climb out of a window to access a bathroom, said Ms Wedaa, the complainant has alleged. Ms Wedaa also alleged racial bias, stating that one of Bezos's household managers "became aggressive and abusive" with her and treated her and other Hispanic employees differently than Bezos's White groundskeepers and maintenance staff. She was ultimately terminated after nearly three years of employment, according to the complaint.

However, the lawyer representing Bezos and other defendants dismissed the claims as without merit, the Mashable report said. The attorney also said that Ms Wedaa was largely left unsupervised and "could manage her own breaks", the outlet further said in the report.

Ms Wedaa was paid a six-figure salary for working at the Bezos household, the lawyer said. She never disclosed her ordeal until her termination owing to performance related issues, he added.