Jeff Bezos To Sell $1 Billion Of Amazon Stock Every Year. Here's Why 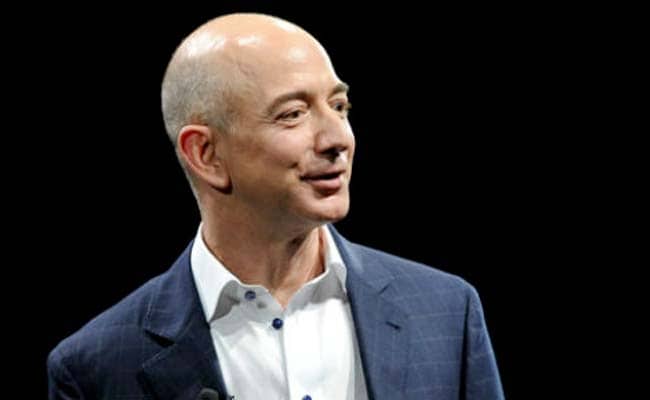 COLORADO SPRINGS: Amazon.com founder Jeff Bezos said on Wednesday he is selling about $1 billion worth of the internet retailer's stock annually to fund his Blue Origin rocket company, which aims to launch paying passengers on 11-minute space rides starting next year.

Blue Origin had hoped to begin test flights with company pilots and engineers in 2017, but that probably will not happen until next year, Bezos told reporters at the annual U.S. Space Symposium in Colorado Springs.

"My business model right now ... for Blue Origin is I sell about $1 billion of Amazon stock a year and I use it to invest in Blue Origin," said Bezos, the chief executive of Amazon.com Inc and also the owner of The Washington Post newspaper.

Ultimately, the plan is for Blue Origin to become a profitable, self-sustaining enterprise, with a long-term goal to cut the cost of space flight so that millions of people can live and work off Earth, Bezos said.

Bezos is Amazon's largest shareholder, with 80.9 million shares, according to Thomson Reuters data. At Wednesday's closing share price of $909.28, Bezos would have to sell 1,099,771 shares to meet his pledge of selling $1 billion worth of Amazon stock. Bezos' total Amazon holdings, representing a 16.95 percent stake in the company, are worth $73.54 billion at Wednesday's closing price. 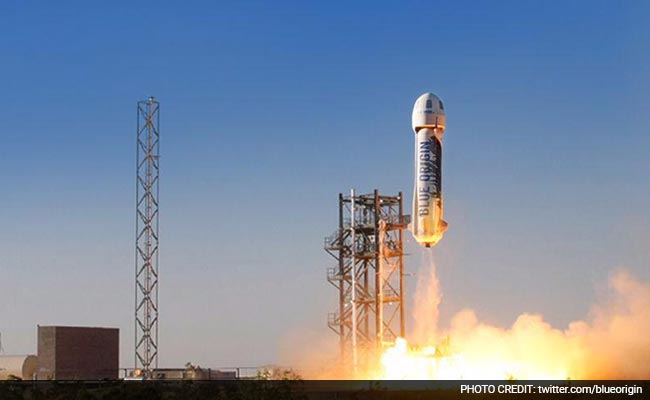 For now, Kent, Washington-based Blue Origin is working toward far shorter hops - 11 minute space rides that are not fast enough to put a spaceship into orbit around Earth.

Blue Origin has not started selling tickets or set prices to ride aboard its six-passenger, gumdrop-shaped capsule, known as New Shepard.

The reusable rocket and capsule is designed to carry passengers to an altitude of more than 100 miles (62 km) above the planet so they can experience a few minutes of weightlessness and see the curvature of Earth set against the blackness of space. Unmanned test flights have been underway since 2015.

At the symposium, Bezos showed off a mockup of the passenger capsule, which sports six reclined seats, each with its own large window. Also on display was a scorched New Shepard booster rocket that was retired in October after five flights.

Like fellow tech entrepreneur Elon Musk, founder and chief executive of SpaceX, Bezos says that reusability is the key to cutting the cost of space flight. Last week, SpaceX re-launched a rocket for an unprecedented second mission to put a spacecraft into orbit.

"The engineering approach is a little different, but we're very like-minded," Bezos said of Musk.

Blue Origin is developing a second launch system to carry satellites, and eventually people, into orbit, similar to SpaceX's Falcon 9 and Dragon capsule.

Development costs for that system, known as New Glenn, will be about $2.5 billion.

There is no estimate yet for how much Bezos will invest overall on Blue Origin. But Bezos has indicated he will spend what it takes.

"It's a long road to get there and I'm happy to invest in it," Bezos said.

According to Forbes magazine, Bezos has a net worth of $78 billion.

Promoted
Listen to the latest songs, only on JioSaavn.com
(Reporting by Irene Klotz; Editing by Leslie Adler)
© Thomson Reuters 2017

(Except for the headline, this story has not been edited by NDTV staff and is published from a syndicated feed.)
Comments
rocket ventureBlue Origin Space vehicleJeff BezosJeff Bezos AmazonAmazon stock$1 billionAmazon.com founderBlue Origin rocket company