The retailer's stock climbed 5.3% to a record Tuesday, lifting the founder's net worth to $138.5 billion. 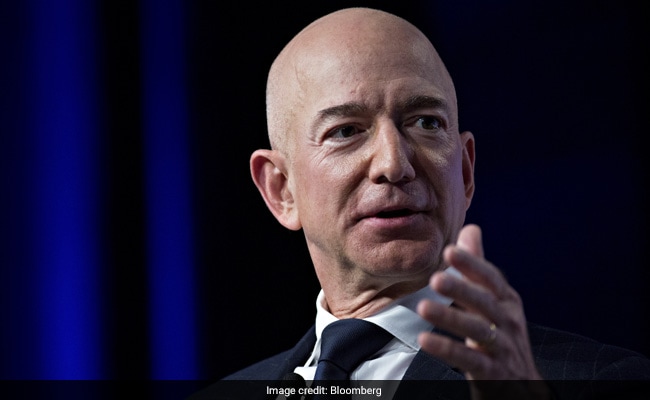 With consumers stuck at home, they're relying on Jeff Bezos's Amazon.com more than ever

The world's richest person is getting richer, even in a pandemic, and perhaps because of it.

With consumers stuck at home, they're relying on Jeff Bezos's Amazon.com more than ever. The retailer's stock climbed 5.3% to a record Tuesday, lifting the founder's net worth to $138.5 billion.

The pandemic has brought the global economy to a near standstill and pushed almost 17 million Americans onto the unemployment rolls in the span of three weeks. JPMorgan Chase & Co. and Wells Fargo & Co. signaled Tuesday that loan losses fueled by the unprecedented job cuts -- many of them in the retail sector that Amazon so efficiently disrupted -- could rival those incurred after the 2008 financial crisis.

Yet Bezos and many of his wealthy peers have seen their fortunes recover in recent weeks, helped by the boost given to markets by unprecedented stimulus efforts by governments and central bankers. While the combined net worth of the world's 500 richest people has dropped $553 billion this year, it has surged 20% from its low on March 23, according to the Bloomberg Billionaires Index

"The wealth gap, it's only going to get wider with what's going on now," said Matt Maley, chief market strategist at Miller Tabak + Co. "The really wealthy people haven't had to worry. Yes, they're less wealthy, but you haven't had to worry about putting food on the table or keeping a roof over your head."

It's not just the billionaires. Corporate insiders have been significant buyers of their companies' shares, a show of confidence that the crisis will pass, even as the nation's leaders debate exactly when Americans can safely return to work.

The volume of transactions in beaten-down industries, from travel to health care to gaming, suggests executives and directors are more bullish than they've been at most other points in the past decade, according to Sundial Capital Research.

Carnival Corp. board member Randall Weisenburger bought $10 million of stock in the beleaguered cruise-line operator last week. The shares have jumped 56% since the purchase.

Others are going further to maximize returns. UBS Group AG is seeing ultra-wealthy clients ramp up borrowing to place more wagers in what they see as a cheap market. Mortgage brokers to the rich have said more clients are seeking loans backed by real estate to help them repay other debt, invest in businesses and snap up other assets.

There have been massive losers among the moneyed set. Many in the oil and gas industry have been hammered by the collapse in crude prices including wildcatter Harold Hamm, whose fortune is down 64% to $3.7 billion. Emerging-market billionaires aren't reaping the same rewards as those in the U.S. and there have been margin calls and forced sales.

But there also have been remarkable gains.

Leading the group is Bezos, who has added almost $24 billion to his fortune in 2020, as well as MacKenzie Bezos, who was left with a 4% stake in Amazon as part of the couple's recent divorce settlement. Her net worth has climbed $8.2 billion to $45.3 billion, and she's now No. 18 on the Bloomberg wealth ranking, ahead of Mukesh Ambani, India's richest person, and Mexico's Carlos Slim. Shares of rival retailer Walmart Inc. have also advanced, buoying the fortunes of the world's richest family. Alice, Jim and Rob Walton now have a combined net worth of $169 billion, up almost 5% since the start of the year.

Tesla Inc. Chief Executive Officer Elon Musk has added $10.4 billion to his fortune this year, more than anyone except Bezos.

The fortune of Zoom Video Communications Inc. founder Eric Yuan has more than doubled to $7.4 billion, as demand for its teleconferencing service exploded in the wake of the pandemic-driven lockdown.

"The unfairness of it all is who is going to benefit from it most," Maley said. "Money makes money."

Kremlin Critic, Who Was Poisoned, Detained After Returning To Russia