The announcement comes amid questions about Musk's recent erratic behavior, and at a time when the company is poised to fly astronauts for the first time. 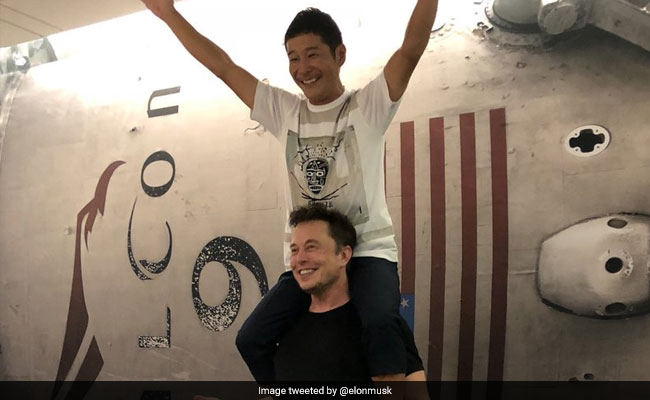 Elon Musk attempted to write the next chapter in his quest to open up space to the masses by announcing on Monday night the first paying tourist that his company, SpaceX, would fly on a trip around the moon. Speaking at SpaceX's headquarters outside of Los Angeles, he introduced Yusaku Maezawa, a Japanese billionaire entrepreneur who founded the fashion label, Zozo.

"Finally, I can tell you that I choose to go to the moon," Maezawa said.

He said he would invite six to eight artists -- sculptors, painters, architects and film directors -- from across the globe to fly with him on a week-long trip in 2023 that he said would lead to the production of art "to inspire the dreamer in all of us." Musk would not say what the trip would cost, but did say that the design of the nearly 400-foot tall rocket had evolved recently, with the first flights to orbit coming in two to three years.

He called Maezawa "brave" and "an adventurer."

"It's dangerous to be clear," Musk said. "This is not walk in the park here. When you're pushing the frontier, it's not a sure thing.... There's some chance that something could go wrong. ... We better get that flight right."

Once again, Musk's big news came in the face of nagging questions and tumult - this time generated largely by his own behavior.

In the past few months, Musk has lashed out at analysts during an earnings call for Tesla, his electric car company, for asking "boring, bonehead questions." He has accused, without proof, one of the cave divers who participated in the rescue of a Thai youth soccer team of being a pedophile. (On Monday, the diver sued him for defamation.) Then he vowed to take Tesla private, saying that the "funding was secured," only to reverse himself shortly afterward. And earlier this month, a video of Musk smoking marijuana and drinking whiskey on a popular podcast circulated on social media.

Now the Elon Musk show returned to the sprawling SpaceX headquarters outside Los Angeles, where the company will - whether intentionally or not - provide a prime-time diversion to the troubles surrounding its celebrity chief executive by providing details about its long-anticipated moon shot. 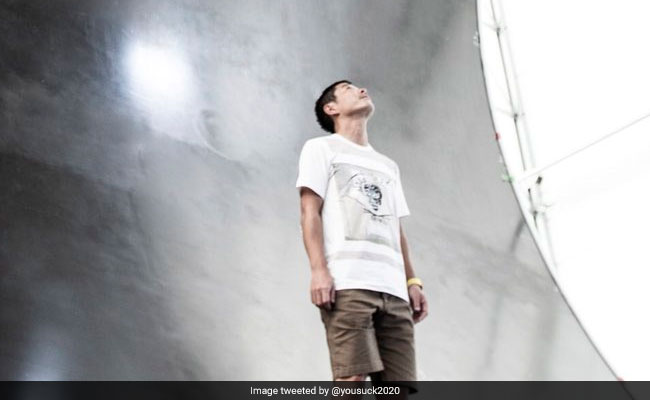 Yusaku Maezawa said he would invite six to eight artists to fly with him on a week-long trip in 2023.

Last week, SpaceX posted on Twitter that it "has signed the world's first private passenger to fly around the moon aboard our [Big Falcon Rocket] - an important step toward enabling access for everyday people who dream of traveling into space." And late Sunday, Musk further fueled the anticipation by tweeting out artist renderings of the massive launch vehicle that SpaceX is developing to fly into deep space, with a simple message: "#OccupyMars."

But for now, the company has yet to fly a human into space. The BFR, as it is known, is in development, possibly years from flying. SpaceX, which is under contract by NASA to fly its astronauts to the International Space Station, recently announced it had to delay that first flight to April of next year.

Its plan to fly tourists around the moon has also been delayed. If all had gone according to schedule, SpaceX would now be gearing up for its first lunar flight, fulfilling its pledge early last year to launch a pair of tourists "faster and farther into the solar system than any before them."

Setbacks and delays, however, don't deter Musk or his relentless company, which has grown to 7,000 employees. SpaceX has pulled off feats no one thought possible, from the first successful launch to orbit a decade ago to earlier this year, when the maiden flight of its Falcon Heavy rocket put a Tesla Roadster on a trip toward Mars.

While Tesla has been plagued by production problems, SpaceX, which is also led by president and chief operating officer Gwynne Shotwell, has been far more stable, churning out 34 straight successful rocket launches over the last 20 months. It has disrupted the launch market, winning not just billions in NASA contracts but also contracts from the Pentagon. It also has a massive backlog of commercial launch contracts.

The rocket factory continues to hum along, so much so that during a recent media event to introduce the NASA astronauts assigned to fly on SpaceX's Dragon spacecraft, there was a constant din of the factory that went on uninterrupted. "All of that noise in the background, that is the sound of amazing things happening," NASA astronaut Victor Glover said.

Musk's vision of an interplanetary future may be somewhere in between dreams and delusion, but at the very least he has helped inspire a new generation of enthusiasts, the way the Apollo era did in the 1960s.

For his part, he has admitted that much of what he hopes to achieve in space is aspirational. The goal, he said during that Mars announcement two years ago, was to "make Mars seem possible. To make it seem like it's something we can do in our lifetimes. That you can go."

(Except for the headline, this story has not been edited by NDTV staff and is published from a syndicated feed.)
Comments
Japanese BillionaireSpaceXYusaku Maezawa