Tokyo is rushing to beef up cyber security as the nation prepares to host major global events, such as the Rugby World Cup this year, the Group of 20 meetings and the summer Olympic Games. 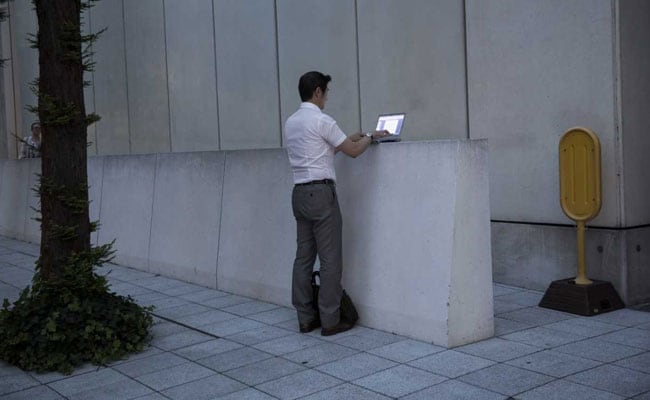 Japan is preparing a national sweep of some 200 million network-connected gadgets for cyber-security lapses ahead of the 2020 Tokyo Olympic Games, an official said on Tuesday.

The government-backed National Institute of Information and Communications Technology will start the survey from February to check potential vulnerabilities in items such as routers, webcams and web-connected home appliances.

Tokyo is rushing to beef up cyber security as the nation prepares to host major global events, such as the Rugby World Cup this year, the Group of 20 meetings and the summer Olympic Games.

Cyber security has become increasingly important as sporting events introduce new technologies for everything from broadcasting to ticketing.

For the study, researchers will take common but unsafe IDs and passwords often exploited by malware -- like "abcd", "1234" or "admin" -- to see if devices are readily accessible by hackers, said institute spokesman Tsutomu Yoshida.

The researchers will survey gadgets with the consent of internet service providers and will mostly examine products that use physical cables to access the internet, Yoshida said.

The institute will not conduct expensive and complex operations necessary to check individual mobile gadgets like smartphones, but the survey may examine routers at cafes, for example, that provide free connectivity for mobile users, Yoshida said.

"Too often, we see webcams, for example, that are already being hacked because security settings are too simple and their images are being seen by outsiders. Sometimes they are put on public websites without the owners being aware," Yoshida informed.

"We will see, of roughly 200 million products to be surveyed, how many are being exposed" to risks, Yoshida said.

The survey will notify ISPs about vulnerable users without breaking into individual gadgets to view data stored inside, he added.

Major global sporting events like the football World Cup and the Olympics face a growing threat from cyber attacks.

At the PyeongChang winter Olympic Games last year for example, internal internet and wifi systems went down just as the opening ceremonies began.

PyeongChang officials acknowledged they had been the victim of a cyber attack, without elaborating further.