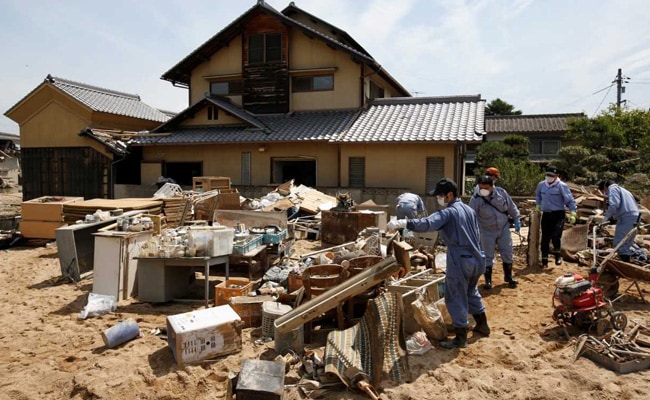 Municipal workers in Japan struggled on Friday to restore water supply in the flood-hit western region a week after inundation caused by a record downpour killed more than 200 people in the worst weather disaster in 36 years.

"We need the water supply back," said Hiroshi Oka, 40, a resident helping to clean up the Mabi district in one of the hardest-hit areas, the city of Kurashiki, where more than 200,000 households have gone without water for a week.

"What we are getting is a thin stream of water, and we can't flush toilets or wash our hands," he added, standing over a 20-litre (4.4-gallon) plastic tank that was only partly filled after almost four hours of waiting.

Water supply has been restored to some parts of the district, a city official told Reuters, but he did not know when normal operation would resume, as engineers are still trying to locate water pipeline ruptures. 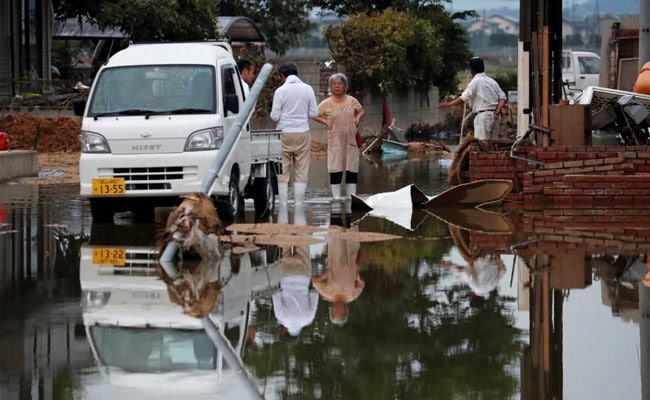 The soaring temperatures have fuelled concern that residents, many still in temporary evacuation centres, may suffer heat strokes or illness as hygiene levels deteriorate.

Public broadcaster NHK has spread advice on coping with high temperatures and maintain hygiene, such as a video tutorial on how to make a diaper from a towel and plastic shopping bag.

More than 70,000 military, police and firefighters have fanned out to tackle the aftermath of the floods. There have been 204 deaths, the government said, with dozens still missing.

Chief Cabinet Secretary Yoshihide Suga, the government spokesman, urged people in flood-hit areas to take precautions against the heat, and guard against thunderstorms.

"People still need to be aware of the possibility of further landslides," he told a regular news conference on Friday.

Prime Minister Shinzo Abe, who cancelled a scheduled overseas trip to deal with the rescue effort, visited Kurashiki on Thursday, and said he aimed to visit other flood-damaged areas on Friday and over the weekend.

(Except for the headline, this story has not been edited by NDTV staff and is published from a syndicated feed.)
Comments
Japanjapan floodWater Supply